Moto X Deal Returns with $150 Discount For The Holidays

After the failed Cyber Monday deal by Motorola where the company offered its impressive customizable Moto X smartphone for $150 off, we’re back with another chance to get an awesome smartphone at steep discounts.

Motorola’s servers crashed on Cyber Monday, which saw the $150 promotion discount fire up again a few days later for round two, and apparently it was so popular that Motorola wants to do it again. On the Today Show Motorola announced their $150 off a brand new completely customizable Moto X smartphone has returned, and you’ll want to grab one for the holidays before the supply runs out. 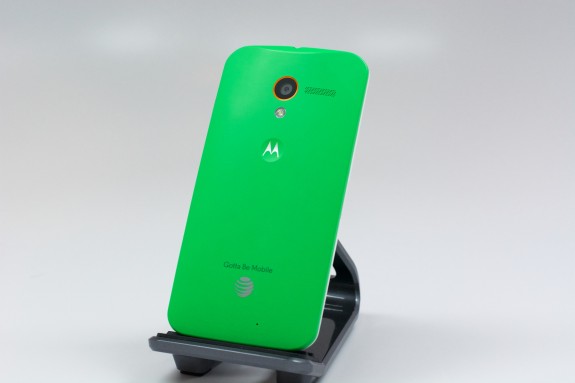 As many of you probably know, Motorola’s Moto X is a nearly stock device running Android 4.4 KitKat, and is completely customizable by the user. Available on AT&T, T-Mobile, Verizon, and Sprint you can change the color, accent colors, add a custom wallpaper and much more. They even have Bamboo backs for those who truly want a unique device.

Starting today, the $150 deal is back, allowing users to get any device customized for $150 off, or even 50% off an on-contract device from carriers. You’ll head to the Motorola sign-up page to get started where you’ll fill out the information and decide you want a new phone. From here you’ll then enter the $150 off promo “todayshow50” and you’re almost done.

Then you’ll pick either $150 off or 50%, answer a few questions, and you’ll be customizing your new Moto X smartphone in minutes. Sadly this won’t work with the new Bamboo wood options, but everything else is fair game.

The Moto X was the first non-Nexus device to receive Android 4.4 KitKat, and likely Motorola will be pushing hard to offer updates faster than any other manufacturer moving forward. If all the customization and discounts weren’t enough to make you get one, timely updates and security patches is another feature to add to the list. Not to mention the Moto X won our Editors’ Choice Award.