The Moto X, Motorola’s upcoming flagship that will be unveiled on August 1st, is rumord to be coming with a starting price tag of $299 for a 16GB model, a price that would undercut Google’s current $299 Nexus smartphone, the 8GB Nexus 4.

While Motorola has already officially announced the Moto X, the device still remains a mystery, so much so that the company is going to be hosting a launch event on August 1st to discuss the device in full. In the days leading up to the device’s launch, we’ve learned quite a bit about Motorola’s new device that will be joining the Droid Ultra, Droid MAXX and Droid Mini on shelves later this year. 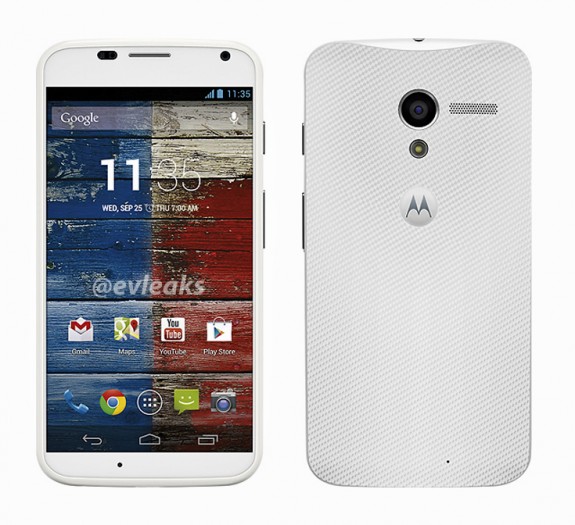 The Moto X will make its debut on August 1st.

The Moto X is said to have a 4.7-inch display with 720p quality resolution, a dual-core processor that is thought to be the Snapdragon S4 Pro, a 10.5MP camera in the rear, 2.1MP camera up front, a 2,200 mAh battery, 2GB of RAM, and no microSD card slot. It’s also said to be coming to several different carriers including AT&T, Sprint, Verizon and U.S. Cellular with a release date, at least on Verizon, pegged for late August.

It’s also said to be coming with smart software and customization that is said to allow users to select the style of casing that Motorola uses on the phone. Motorola calls it the first smartphone that users can design themselves.

If those details just simply weren’t enough pre-launch, more details are trickling in as rumors out of Chinese site Weibo and GizmoFusion suggest that the Moto X price could check in at $299 off-contract for a 16GB model and $349 for a 32GB version of the Moto X. Those prices, if real, would challenge the current Nexus, the Nexus 4, which checks in at the exact same pricing, though it sports only 8GB and 16GB options.

If the rumor holds up, the Moto Xcould cost the same as the Nexus 4.

This pricing format, combined with fantastic specifications, bestowed success upon the Nexus 4 and it would likely pay dividends for a device like the Moto X that comes with unique features and customization.

The rumor should be taken with a grain of salt for now and it won’t be until August 1st before we know for sure just how much the Moto X will cost.