After six years of  black and white smartphones, there is a new revolutionary trend emerging. That of the colored smartphone.

To be clear, colored consumer electronics are about as old as the industry itself. That’s because marketing executives figured out that if you portray these types of devices as more personal companion than technological marvel, you’ll likely sell more. Users love to feel empowered, they loved to know that the device they are carrying is the device that they purchased on their own terms for their needs. 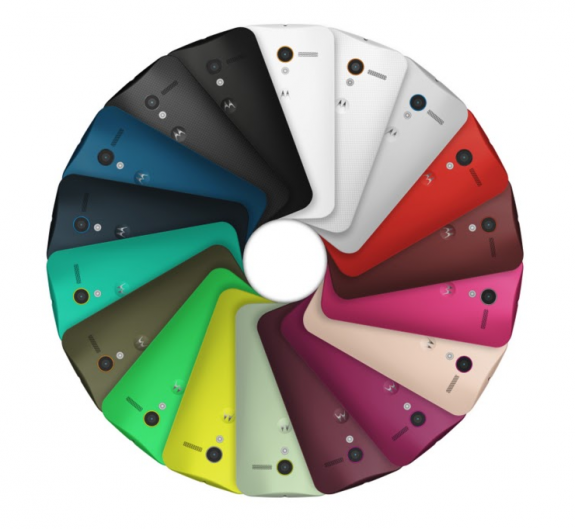 Apple has used this to great effect with two of its iPod lines. Users were able to choose from six different color options. It was the first device that really put users in the driver’s seat of their purchase. Thousands of users likely spent a lot of time deciding what color iPod mini or iPod Nano they wanted. Unfortunately, that was more than four years ago, and though Apple continues to offer color options on the iPod Nano and iPod Shuffle, the iPhone is still black and white.

With Motorola’s announcement of the Moto X‘s almost insane 2,000 color combinations, personalization seems to have finally become a battle ground feature. So important is to Motorola that users feel like they’ve designed their personal companion that the company will even include matching headphones with every device and upload it’s lock screen photo before it arrives.

Nokia’s Lumia line has shipped five different color shades since 2011. Even serial specification king-pin HTC is looking to help its devices stand out with different colored shells as opposed to blazingly-fast processors.

It seems the smartphone has finally come of age as a consumer product. Device makers want users to feel like the device is theirs. They want buyers to know that their Moto X or Nokia Lumia 1020 is their own creation and no one else’s. For an industry that has contractual agreements forcing users to keep their smartphone longer than a year, that’s good news. For smartphone buyers it’s even better news.

Their devices are their own. Not some color choice forced upon them by a marketing executive who thought Cream looked better in bright lights. Not some blue variant that was only made available to users on specific networks.

Suddenly, personal technology is actually, personal again. For devices that cost thousands dollars over two years, that’s a win in any lighting situation.