In early June Motorola and Lenovo announced the all new Moto Z and Moto Z Force. Then, in August unveiled a third, the Moto Z Play. These new flagship phones for 2016 aim to replace the original Moto X. With a razor thin all metal design, improved camera and more customization than ever before. This could be the best Moto yet, and here’s everything buyers need to now.

The Moto X has been one of the most popular smartphones over the past few years thanks to a sleek design, low price, and wide array of customization. Now that Lenovo owns the company things are going in a different direction. It’s called MotoMods, which can transform the phone into something else completely.

It’s the thinnest and most premium phone from Motorola to date. All three phones have a big 5.5-inch display and tons of accessories. The Moto Z DROID and the shatterproof  Z Force DROID were released on July 28th. The unlocked model for all others carriers is available for pre-order today.  Check out the video below for more details and a look at MotoMods.

The Moto Z platform is a high end premium lineup that can finally compete with Samsung or Apple. Keeping all the customization from the Moto X while transforming it into so much more. The MotoMods are one of the biggest selling points too.

Both of these new phones will also be know as the Moto Z DROID Editions for Verizon Wireless. The regular Moto Z is razor thin coming in at 5.2mm thick, sports a 5.5-inch display, and specs that match the Galaxy S7.

Then the new Moto Z Force DROID is slightly thicker, has a bigger 3,500 mAh battery and a shatterproof display. This is similar to the DROID Turbo 2. 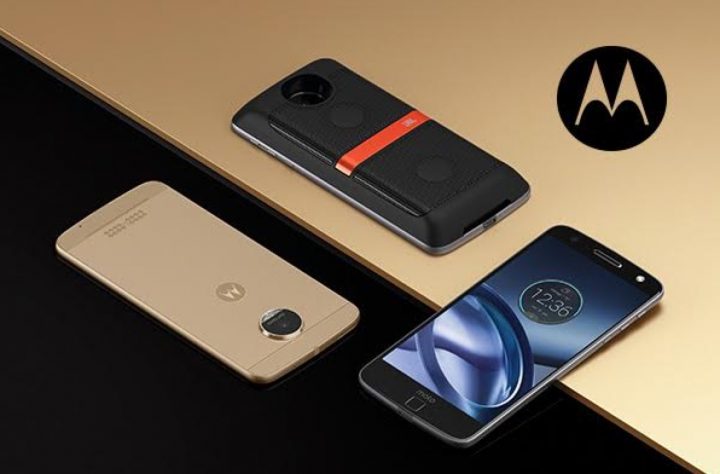 During the announcement Motorola confirmed the Moto Z would be available unlocked for most carriers later this year. For the past few months it has been exclusive to Verizon Wireless. As of September 22nd the unlocked Moto Z is available for pre-order and will begin shipping in October. No actual date was given as for the release date. 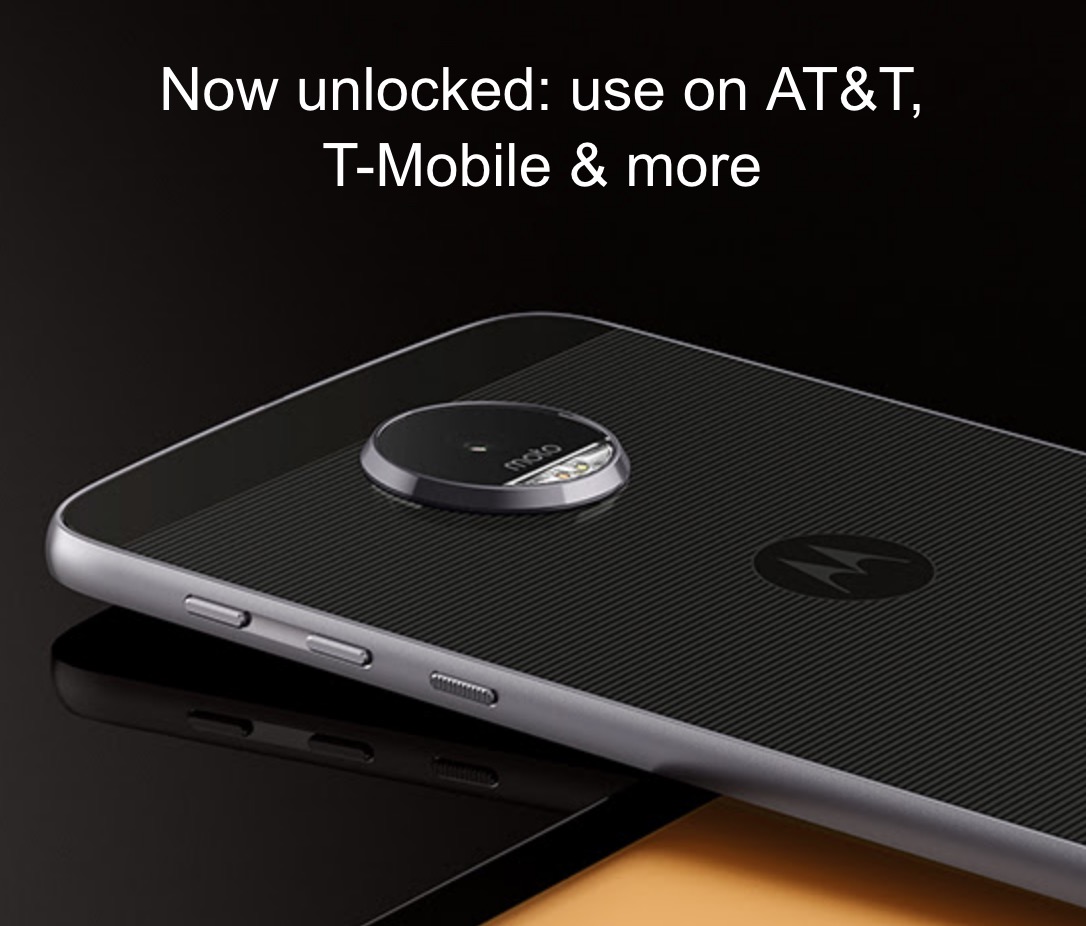 The unlocked Moto Z is the same device mentioned above but not tied to a carrier. Meaning it works with AT&T, T-Mobile, Cricket, MetroPCS and all other GSM carriers. It won’t work on Sprint or Verizon. It retails for $699, customization included, and all the MotoMods still work as expected.

Pre-order one today and we’ll update as soon as we have an official release date or when they start shipping to buyers.

A month after the Moto Z release date the company revealed another phone, the Moto Z Play. It will be available on September 8th from Verizon Wireless or unlocked at Motorola.com for $408, or $17 a month. This is a slightly mid-range device that comes in under the Moto Z above, at a wallet friendly price tag. 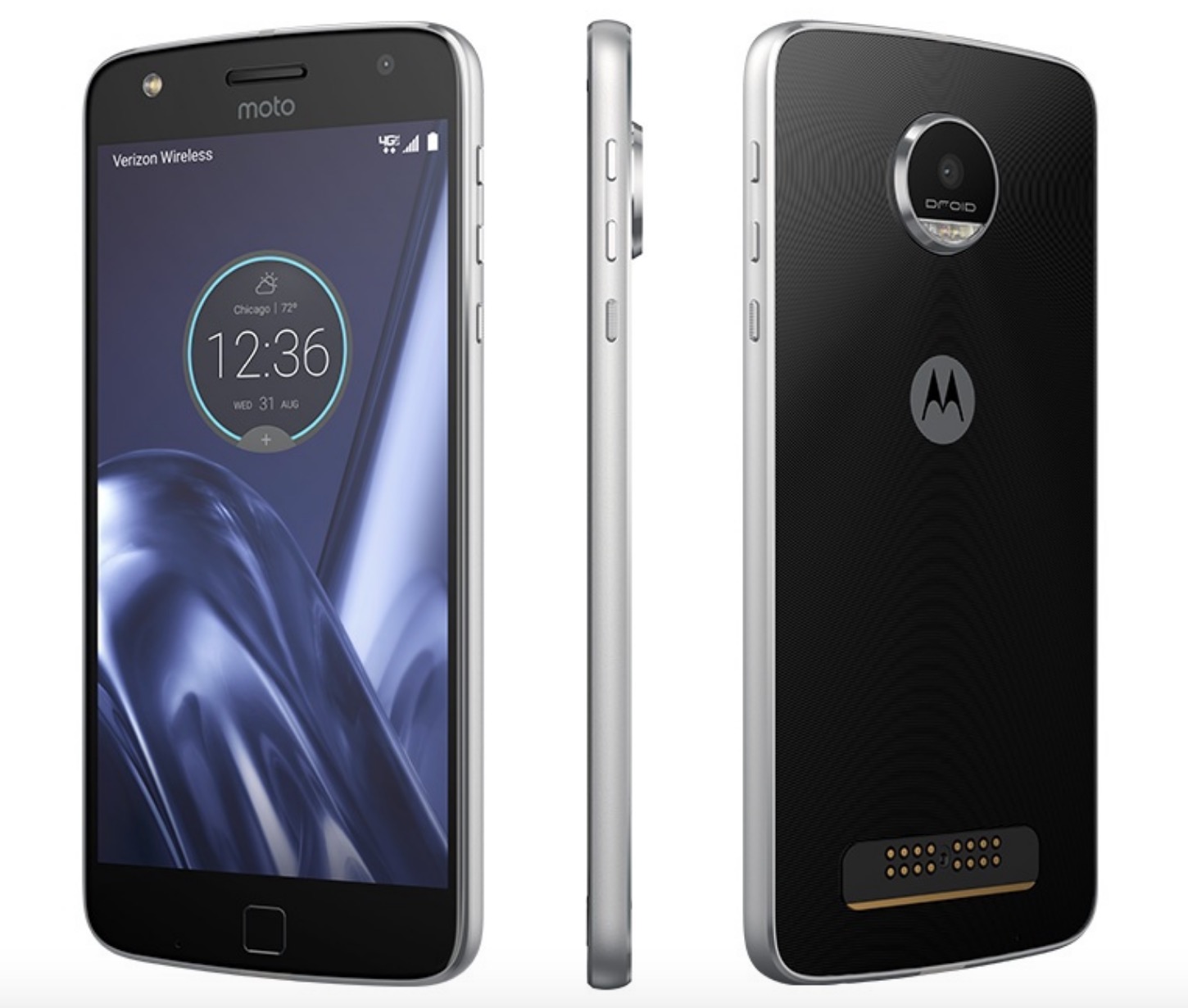 This is good news here is the regular Z and the new Z Play will both be unlocked and available on carriers aside from Verizon. Giving buyers two phones to choose from.

The Moto Z Play has the same 5.5-inch display with a similar metal design, 8-core Qualcomm processor with 3GB of RAM and 32GB of storage. There’s a micro-SD slot for expansion, USB Type-C port, a 3.5 mm headphone jack, a 16 megapixel rear camera and a massive 3,510 mAh battery. Combine all of that with the lower resolution screen, and this is essentially a Moto Z Force for those who aren’t on Verizon Wireless. Moto claims over 50 hours of battery life and TurboCharging will give owners 9 hours of usage after just 15 minutes on the wall.

The design is one of the best aspects of this phone. The company ditched plastic from prior phones and delivered an all-metal premium device. It’s a lightweight aircraft grade aluminum shell. 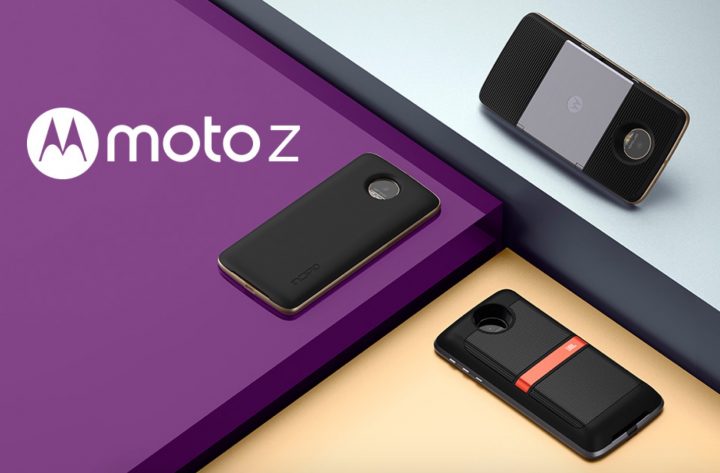 Both phones feature a 5.5-inch display which is above the new square fingerprint scanner. The camera is big and better too. Then of course the biggest aspect of the design aside from MotoMods is Moto Maker. Being able to select replacement backs in leather wood, fabric and more for a unique look and feel.

The Moto Z is one of the thinnest smartphones on the market, coming in at 5.2mm thick. Keep in mind the regular Z has a smaller battery and a regular screen that isn’t shatterproof. Those features are reserved for the Force DROID from Verizon.

Similar to almost every other flagship smartphone released in 2016, these phones have the latest in technology. For those interested in all the details, here’s the official spec sheet.

The Moto Z Force is technically the “flagship” high end smartphone from Motorola this year. Featuring a much bigger battery with even faster Turbo Charging (Quick Charge 3.0) a better camera and other changes we’ll detail below. Here’s the rundown.

The main difference here is the Moto Z Force has a shatterproof display and a bigger 3,500 mAh battery with faster charging. The camera is also a bigger 21 megapixel lens with phase detection auto-focus and other tricks.

Here is where things get exciting. The new Moto Z lineup has that great all-metal design, but still has the customization users love. Buyers can get it customized on MotoMaker.com with extra storage, choose between metal colors, wood backs, leather, accents and more. 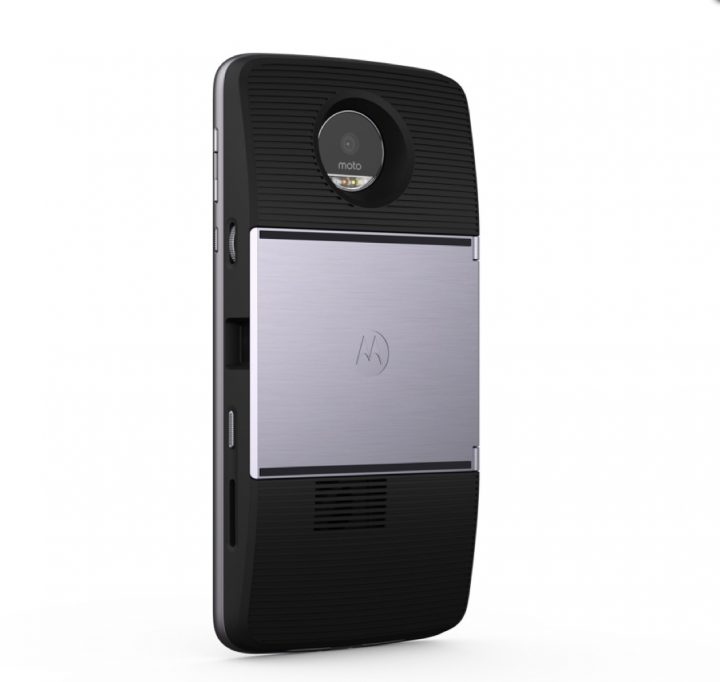 As we all know there are also modular accessories that “snap” or connect magnetically to the back. Shown off in the video above, Moto Mods transform the phone unlike anything else on the market.

Rather than make users pull out the battery and reboot the phone, like LG, the Moto Mods simply attach to the back. Snap on the JBL speakers for improved sound, a kickstand and longer battery life. These click in place with strong magnets and the circular camera ring. A pico projector can stream content up to 70-inches on the wall, a camera mod or extend battery life. Motorola will continue working with partners, and these should fit the 2017 Moto smartphone as well. 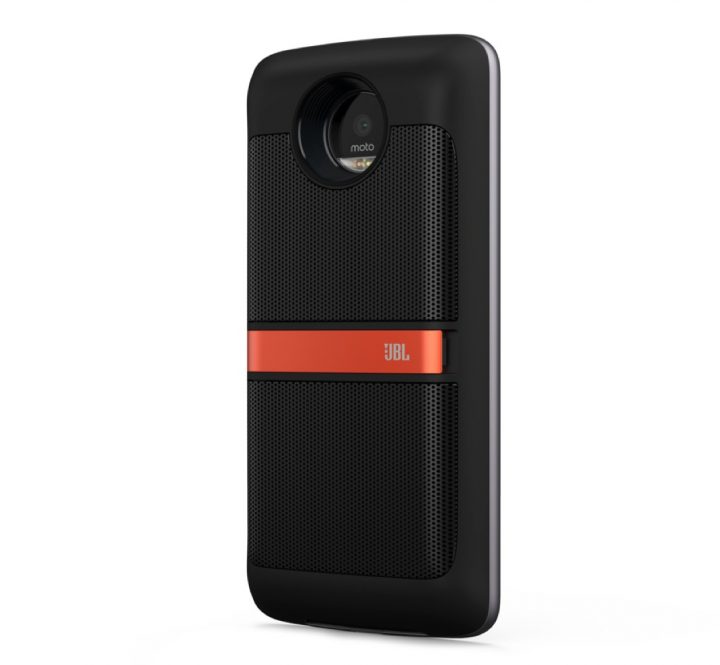 Motorola has now confirmed another MotoMod, the Hasselblad camera module. Featuring a 10x Optical Zoom and a Xenon flash, you just focus on getting the shot – lighting and distance will never stand in the way of capturing the perfect image. Plus, physical shutter and zoom controls, dedicated camera editing software and more. 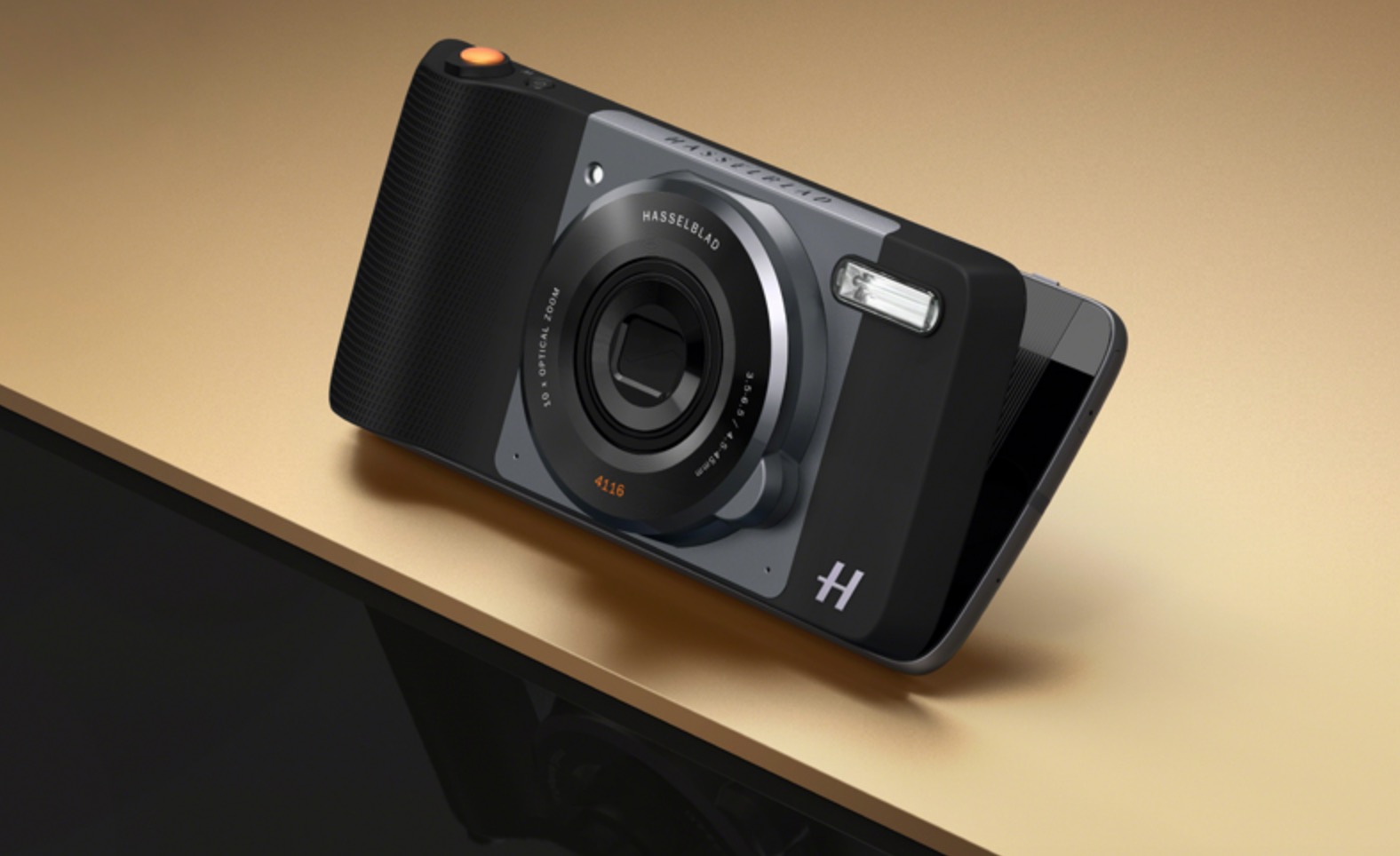 The Hasselblad True Zoom is available from September 8th for $249.

Verizon first unveiled pricing for the Moto Mods on their official app. It looks like the JBL Soundboost speaker Mod will be $79.99, which is fairly reasonable given it extends battery life and improves sound. The projector is more expensive at $299. Then, the power packs to extend battery life range from $79, to $99 with wireless charging. Which is about average when compared to battery cases like Mophie or Incipio for the iPhone 6s. Other accessories, as well as the actual phone were left out, and we’ll update when we hear more about pricing.

So when can you get one? Well, the Moto Z DROID and Moto Z DROID Force were released on July 28th, and the Play launched on September 8th. Then, the Moto Z will be available unlocked for most carriers and ship in October. It’s available for pre-order today at $699. 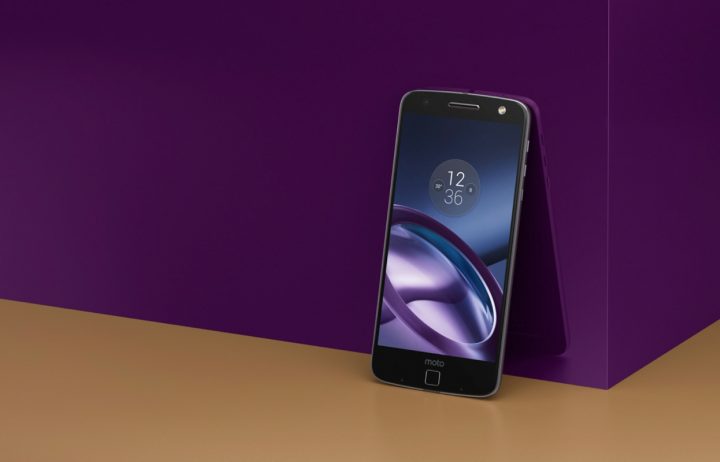 Sadly, the better Moto Z Force will only be available in the US from Verizon Wireless. Everyone else will need to settle for the razor thin Moto Z with the smaller 2,600 mAh battery, or choose the Moto Play.

Motorola promised these phones would be available globally in September. Right on time they’re available for pre-order as we speak.