Motorola and their parent company Lenovo announced two impressive new smartphones on June 9th, called the Moto Z. A flagship device similar to the popular Moto X series, but more premium with a metal design and tons of customization. They went up for pre-order last week, and are finally available as of July 28th.

This year Motorola has a completely different approach to the smartphone. Both phones have a large 5.5-inch Quad-HD display, metal design, fingerprint scanner and strong magnets on back that allows modules to snap on and transform the phone. Instantly becoming a portable speaker, projector, adding extra battery life and more. It’s really neat, but when can you get one?

Our link above details everything about these two impressive new phones. From the stunning design, the improved specs that can compete with the Galaxy S7, and all the customization and more. Users have a lot of choices when it comes to an Android smartphone, and today two more are available. 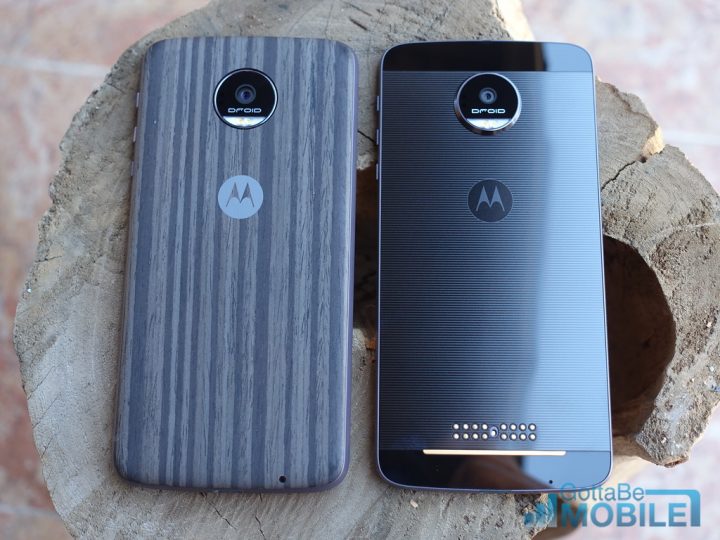 Motorola took the stage at Lenovo TechWorld and talked about these new phones and everything they have to offer, took shots at the LG G5 for attempting to be modular and failing, then showcased nearly 14 beautiful Moto Mods that will allow buyers to truly customize their phone. It’s all pretty exciting and you can see more in our hands-on video.

Today is the official Moto Z release date. It’s available from multiple locations, Best Buy, online and more. Users that are interested will want to read on for all the details, pricing, deals and more.

Motorola confirmed that both of these phones will be available in the United States starting exclusively with Verizon Wireless as a part of their DROID partnership. They went up for pre-order on July 21st and are now available as of the 28th from Verizon, Best Buy, and Motorola.com.

Those who aren’t on Verizon Wireless won’t even be able to get the better of the two, the Moto Z Force (bigger battery, better camera, shatterproof display) at all. As it’s completely a Verizon exclusive. 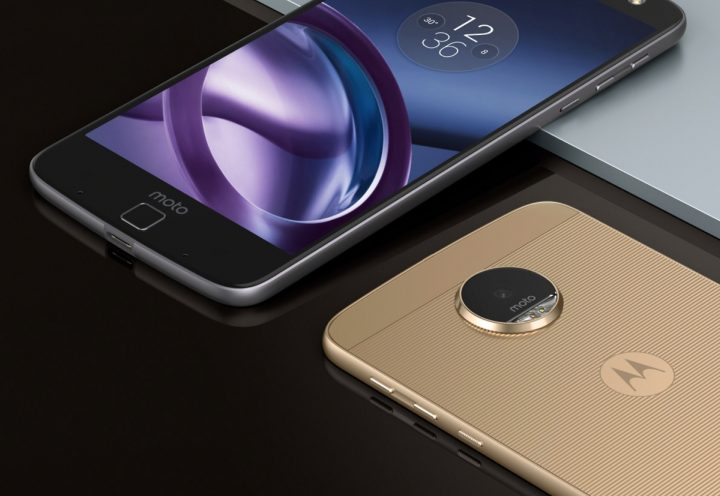 However, Motorola will be selling the razor thin and equally impressive regular Moto Z as an unlocked phone this fall, as well as a global release date in September. It will essentially replace the Moto X Pure Edition. The Moto Z Unlocked doesn’t have a release date other than probably sometime in September.

Both phones are also on Motorola.com and MotoMaker, in two colors (more are shown but aren’t available) not to mention 32 and 64GB storage configurations, and lots of customization and MotoMods. More details about the best deal though, getting it from Best Buy, can be found below.

One of the most exciting aspects of the new Moto Z lineup is the customization through what the company is calling Moto Mods. Essentially 16 pins on the back of the phone connects and talks to accessories that attach via “really strong magnets” and these mods completely transform the phone into much more. 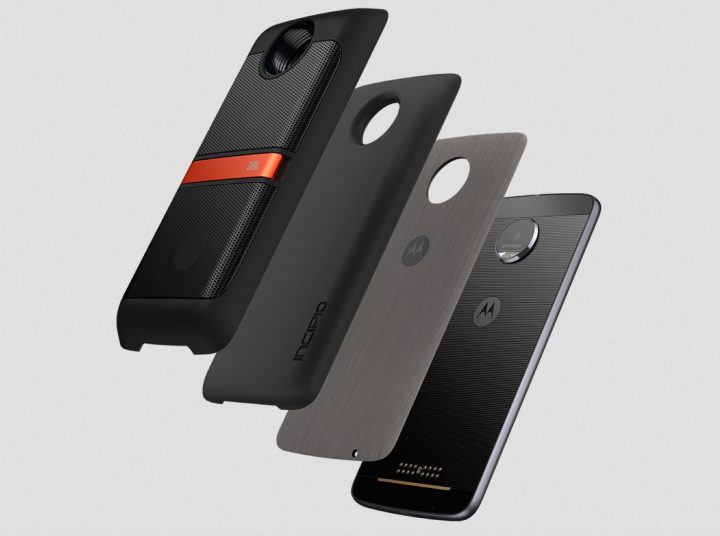 Some of the Moto Mods are a pico projector capable of blowing up what’s on the screen to a 70-inch TV on the wall. A JBL portable speaker system with a built-in kickstand and battery, extended battery options, and Motorola’s usual array of customization in terms of leather, wood, fabric and other textured backs. All aimed at making the Moto Z more personal, and to fit any style the user would like.

As we said above, these phones are currently only available from Verizon Wireless, so other carriers and markets may have different prices. That being said the Moto Z appears to be around $624 and the Moto Z Force DROID is $720. These are pretty expensive, and much more than the original Moto X Pure Edition from 2015.

The Moto Z will be available unlocked for all other carriers in the near future, probably late August, likely for around $599 or $625 like Verizon is asking. 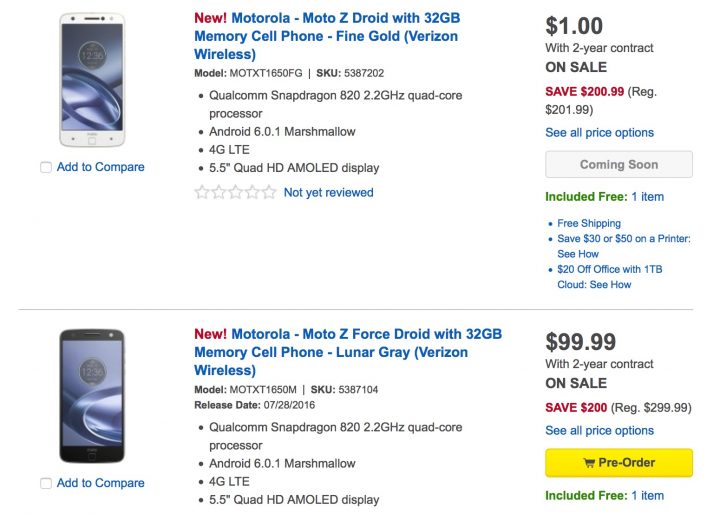 However, as shown above the best choice right now is getting either of these phones from Best Buy. The Moto Z is $1 with a 2-year contract and the Force DROID is $99 with a 2-year contract. This saves buyers $200, and it comes with a free JBL SoundBoost Moto Mod accessory worth $79. Not a bad deal.

As soon as we know more about other offers, deals, and the unlocked model we’ll update and share everything for potential buyers.