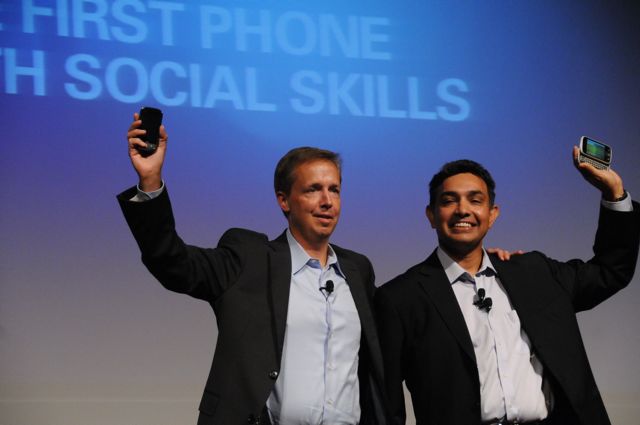 Motorola and T-Mobile are teaming up to introduce a pair of Android-based smartphones. Both will run on the MOTOBlur platform, which focuses on social networking and centralizing all of your alerts.

Dr. Sanjay Jha, Motorola’s Co-CEO just introduced the Moto Blur platform at Mobilize 09, which I’m attending today in San Francisco. He spent most of the time talking about the software rather than the hardware. Here’s the promo video of the device and software he showed us:

MOTOBlur is part phone platform, part cloud service. Whatever you store on your MOTOBlur phone is backed up to the cloud. This means you don’t have anything to worry about if you ever lose your phone. Dr. Jha showed how MOTOBlur   phones can be remotely tracked and wiped through a web browser.

The first phone that will feature MOTOBlur is called the CLIQ. It has a sliding keyboard, 320×480 pixel touchscreen display and a 5MP camera. Motorola is calling it the ‘first phone with social skills.’ 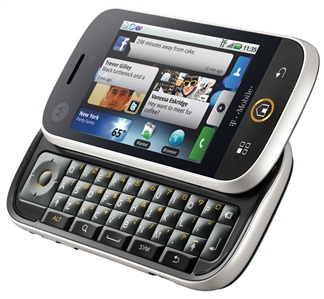 One thing that Dr. Jha stressed is that the content of your friends’ messages are much more important than where they were sent from. He demonstrated how contacts and alerts for popular social networking applications are deeply integrated into MOTO Blur. Users won’t have to launch apps or dive into menus to see what their friends and colleagues are up to.   So far Motorola’s integrated Facebook, MySpace, Twitter, Gmail, and ‘work email’ into MOTOBlur. 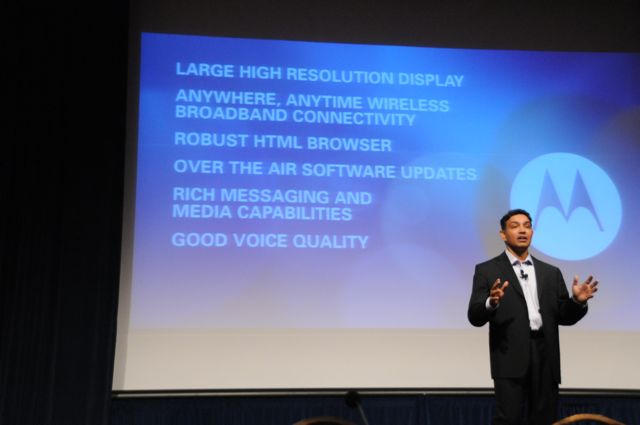 Dr. Jha said that smartphones really need to have the features listed on the above slide. I think those items should be taken for granted on any modern smartphone. 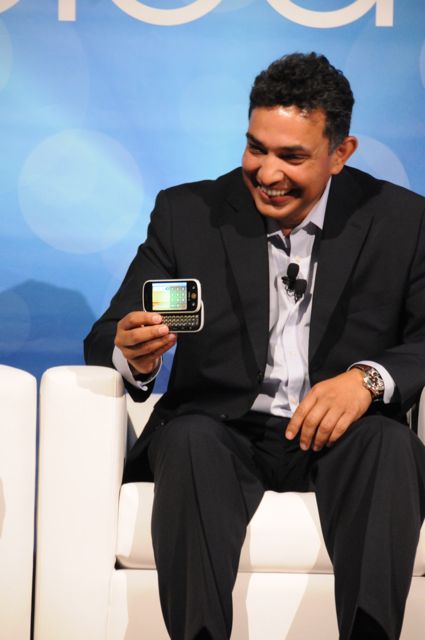 The big elephant in the room when it comes to consumer-centric smartphones is the iPhone. Dr. Jha wouldn’t directly compare his company’s new devices to the iPhone. He said that he’s been too focused on MOTOBlur to think about how he’d improve the iPhone.

Here are the full specs of the CLIQ from Motorola: