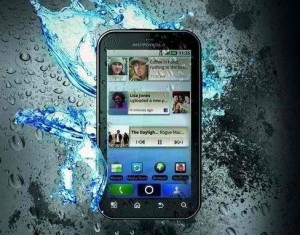 After speculations that the leaked Defy+ smartphone, an upgraded model of the T-Mobile Defy, would hit U.S. carrier AT&T, Motorola had revealed in its earnings call that the Android smartphone aimed at those with an active lifestyle would not hit the U.S. market. The company confirmed the existence of the Defy+ and says that it would be available in other markets.

Given that the phone may contain wireless mobile broadband radios that are compatible with AT&T’s 3G and 4G HSPA+ networks in the U.S., consumers who really want the Defy+ could import an unlocked model if they desire. The phone is said to carry the same features as the original Motorola Defy for T-Mobile, but with a slightly upgraded processor.