Yesterday, we got word that the Motorola Droid Bionic’s release date might actually be in August. August 26th, a Thursday, to be exact. We also learned that it might be coming with a full retail price of $587 dollars. My guess is that it will probably be $600 off-contract when it launches.

Of course, that August release date didn’t really jive with Motorola’s official September launch month and that rumored September 8th launch date that we saw before.

Well, today, Droid-Life procured more evidence that suggests that the September 8th launch date is the real deal and that we will probably see the Droid Bionic launch with an on-contract price of $299. 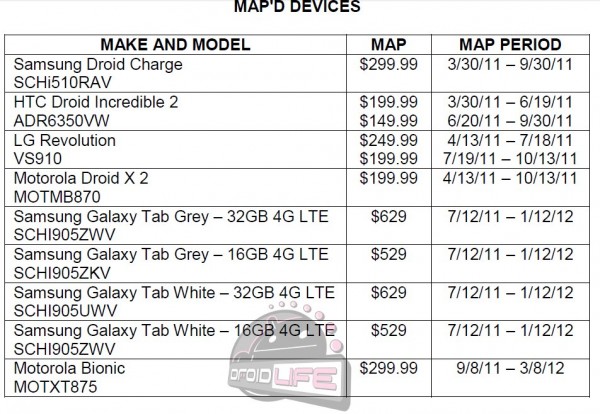 The evidence is the Droid Bionic’s appearance on Verizon’s MAP (minimum advertised list) which has it with a $299 MAP price during a period that runs from September 8th to March 8th 2012.

So, September 8th for $299 on-contract is looking like it’s probably what’s going to go down, any one still interested?

Remember, the Google Nexus Prime is rumored to be launching in October with Ice Cream Sandwich and that’s going to be a tough phone to pass up, I think.