We’re getting closer and closer to the release of the Motorola Droid Bionic. I can almost taste it. Sadly though, we still have no official release date. Instead, what we have is a rumored release date of September 8th and a ton of leaked details, photos and other goodies to keep us excited. Well, another one of those goodies leaked out today in the form of Verizon’s ‘Rule All Machines’ Droid Bionic promo video.

It’s light on the details and heavy on the futuristic Droid stuff that we have all come to know and love and that makes me happy. There is also a QR code there at the end that you might want to try and scan. I’ve tried and can’t get it to work. 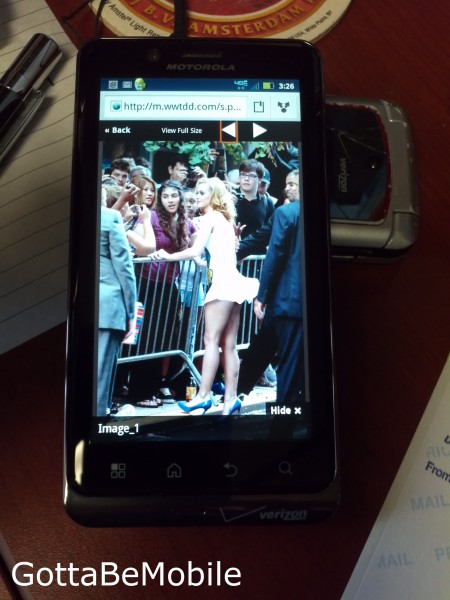 No release date is mentioned and the sound is near impossible to pick up but hey, a leaked promo video is a leaked promo video, right? It’s also yet another sign that things are in motion and we should see this thing get released in September as scheduled.

What do you think? Is this thing really going to ‘Rule All Machines’ or better yet, all smartphones? That possible $300 price tag has me worried.