We know the Motorola Droid Bionic is going to be fast. After all, it’s going to be the first dual-core smartphone running on Verizon’s 4G LTE network. And just in case you needed some more proof, another photo of the Droid Bionic has surfaced today showing off some of the fastest data speeds that I’ve ever seen attained on Big Red’s network.

No, there isn’t drool coming out of my mouth just yet, I live in San Francisco and service is still spotty at best, but I am extremely excited and those of you looking forward to this phone should be as well. Well, at least those of you who live in an area that is covered by Verizon’s 4G LTE network.

As for the device itself, we still don’t have an official release date but we do know that Motorola is working to ensure the Droid Bionic is going to meet the expectations of customers. I think battery life is the number one thing and from the sound of things, they have done a great job. 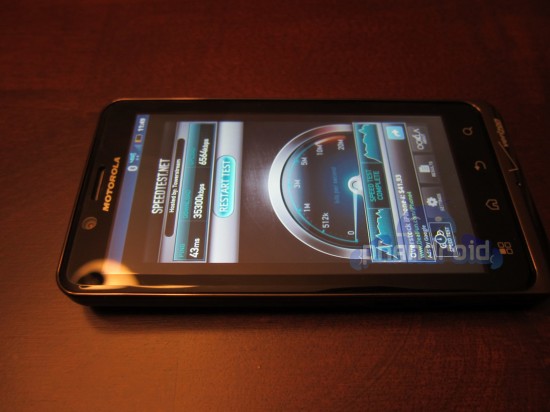 There’s also the possibility that Motorola’s new found partnership with Google will work wonders for the Droid Bionic’s future.I think the Droid Bionic we’ve heard about for months now will be the same Droid Bionic at launch but there could be some awesome things coming up just around the bend.

This phone is shaping up to be awesome folks and I hope you’re at least considering it.