The avalanche of Motorola Droid Bionic news continues as its release date has been confirmed for the billionth time and its on-contract pricing at Best Buy has also been confirmed. We’re pretty sure the Droid Bionic is going to be launching on September 8th, the evidence is just too strong, and Engadget has pulled a Korean ad that again confirms that date to be the real deal.

In addition, Phandroid has pulled up a Best Buy pricing sheet that confirms that yes, the Droid Bionic will indeed be costing $299 on-contract at Best Buy which means it will likely cost $299 just about everywhere else. 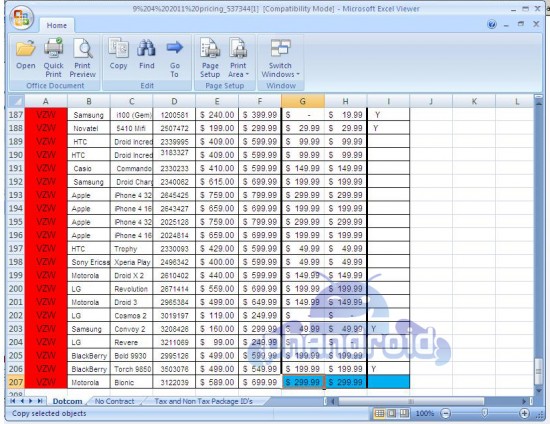 It’s also going to cost $699, seriously, to get this bad boy off-contract through Best Buy. The $589 full retail price that we saw yesterday is again confirmed here but unfortunately it looks like Best Buy is going to be asking for a lot more.


I’ve already asked if the $300 price was going to deter you from buying this phone and the overwhelming response was ‘Why yes Adam, yes it will.”

Still feel that way after seeing the price tag confirmed?