Motorola Droid RAZR HD Might Be Dead in the Water

For those just catching up, here is the rumor. Motorola and Verizon are apparently going to be launching both a Droid RAZR HD and a Droid RAZR MAXX HD in October.

That would mean that it would not only have 21 hours of continuous talk time as one of its main features, it would also have a high-definition display, 4G LTE data speeds, and a solid design that, based on the past, will likely be thin in nature.

Maybe nowhere and here’s why. 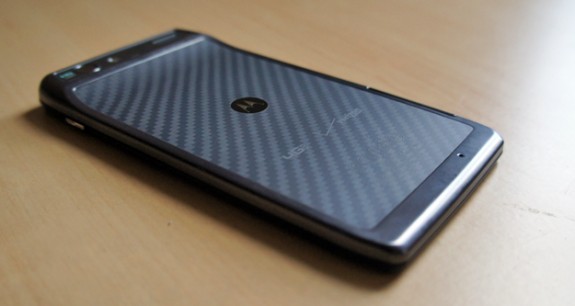 The Droid RAZR, the original, has seen its price discounted.

Verizon’s Droid RAZR MAXX has also continuously sat in the top 5 best selling smartphones at Amazon Wireless. It has taken a fire sale to propel the Droid RAZR up to the number one ranking.

So what’s clear is that people want a bigger battery in their smartphone more than they want thinness. Remember, the big draw of the Droid RAZR is its 7.1mm frame.

My point is, I don’t see how Motorola is going to sell the Droid RAZR HD if it launches it at the same time as the Droid RAZR MAXX HD. Thinness alone likely won’t save it.

If the Droid RAZR HD is already competing against a similar phone but is also doing battle with the iPhone 5 – which is rumored for September – and the prospects of a new Nexus, I can see no way that this phone performs well.

Not unless Verizon decides to make it available for cheap, say $99.99 on-contract. And even then, I’d think people would opt for the Droid RAZR MAXX HD or the iPhone 5 with 4G LTE and a bigger screen over it.

There won’t be much room for the device come October to begin with – the iPhone 5 and Nexus will see to that and tossing in a competitor like the Droid RAZR MAXX HD would all but kill it on arrival.

It seems a bit silly to me but then again, Motorola and Verizon have done some ridiculous things together in the past.