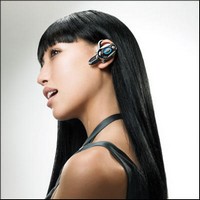 Well, this might make your ears perk up a bit. It seems that a California man has filed a class action lawsuit against Motorola, Inc, in Cook County United States District Court. His claim is that Motorola, makers of popular bluetooth headsets, has failed to adequately warn consumers of potential hearing loss from using the headsets.

“The Bluetooth headsets are silent killers in the most literal sense,” says Melissa Harnett of Wasserman, Comden & Casselman, LLP. “They can destroy your ability to hear without you knowing it is happening.”

Sound pressure is measured in decibels (dB). The average person can hear sounds at about 0 dB, the level of rustling leaves. A conversation between two people is typically 60 dB. According to Dangerous Decibels, a nonprofit public health partnership for the prevention of NIHL, a dangerous sound is 85 dB and above.

“The American Speech-Hearing-Language Association recently included the Motorola’s H700 Bluetooth in a safety test, comparing it to federal standards for controlling occupational noise exposure,” says Harnett. “At full volume the headset tested from 82 – 106 dB. Can you imagine what that can do to the hearing of the average Bluetooth user who is using his headset for an extended period of time every day and has no clue that he is ‘poisoning’ his hearing with lethal doses of sound?”

Apparently answering to similar complaints, Apple and Sony have taken some measures to provide consumers with methods of monitoring the decibel levels.