Whoops, looks like Motorola’s redesign of its Motorola Mobility webpage has revealed a bunch of unannounced devices including the new Xoom, two extremely thin smartphones, what appears to be the upcoming Targa smartphone, and a Dick Tracy style watchphone. 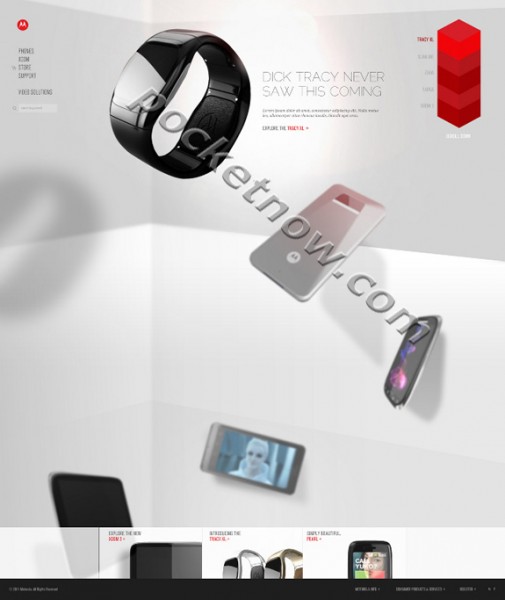 The site redesign, which was prompted by Motorola’s split into two separate companies earlier this year, shows off a bunch of new devices but offers little as far as details are concerned. However, a leak is a leak and it’s exciting to see that Motorola has come fun stuff coming in the future. So, let’s run down the list.

Running down the photo above, we have the Motorola Tracy XL which appears to be some sort of watchphone. Then we see the Motorola Slimline which is a sexy looking, ultra-think Android smartphone.

Next, another slim smartphone, the Motorola Zaha , and then below that we see what possibly might be the Motorola Targa which very well could be the phone released this summer as the Motorola Droid Bionic. Finally, along the bottom we have the Motorola Xoom 2 and a phone that is being dubbed Pearl.

Other than that those photos and names though, there is nothing. No release windows, no specifications, nothing. One thing is for sure though. This is not the last we have heard from any of these devices.

Anyone else excited about the Tracy XL?