According to a report from Droid-Life that is backed up by some evidence, a 16GB version of the Motorola Xoom could be headed to Verizon at some point in the future. 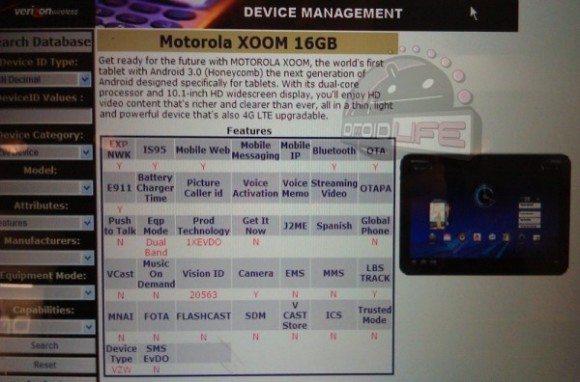 The evidence is an internal screenshot from Verizon’s database that shows a 16GB version of the Honeycomb powered tablet, a device that will be upgradable to 4G LTE in the future just like its 32GB brother that’s on the market already.

And as the report points out, it’s not out of the question that there could be a cheap, 16GB Wi-Fi only Motorola Xoom on the way as well.

With all of the success that Apple is having with the iPad 2 and all of the bad press that the Xoom is getting, you would think that Motorola and Verizon might try to do something to bolster sales. This might just be it.