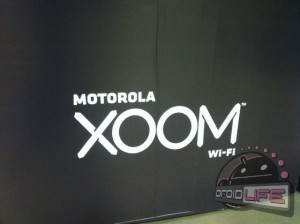 Droid Life is reporting that Sam’s Club is getting set to sell a WiFi-only version of the Motorola Xoom for $539, which is $60 cheaper than we were expecting. The 3G/4G LTE version of the Motrola Xoom is available for $599 with a two-year contract or $799 without a contract.

The Motorola Xoom is the first Android 3.0 Honeycomb tablet to hit the market and it’s debuting to mixed reviews. While the device is speedy, there are few apps available in the Android Market specifically designed for Android tablets. As it stands, many apps consumers would expect to see on mobile tablets are missing in action.

This news of the WiFi-only Motorola Xoom pricing comes on the heels of the iPad 2 announcement. The Xoom has been criticized for its relatively high pricing. The $539 price point for the Xoom, which comes with 32GB of flash storage, is $40 more than the entry-level iPad, but 60 cheaper than the 32GB iPad.

There’s no indication if this is a Sam’s Club exclusive price or if it will be the Xoom’s standard price moving forward.

You can read our Motorola Xoom review by visiting the links below: