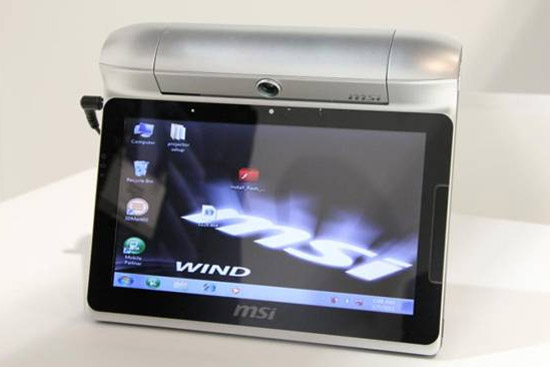 At CES, Notebook Italia has reported that MSI has shown off a Windows tablet concept that integrates a swiveling pico projector. The projector can be used to display the tablet’s screen onto a wall to generate a larger display, or swiveled around to display a keyboard in front of the tablet for typists.