MSI is showing off a new concept device called the “SketchBook” at an event in Amsterdam. It’s not quite a tablet. Instead, it has a swiveling base that can flip between the keyboard and a pen tablet. No details yet, but the idea is interesting and certainly I can’t fault them for wanting to pursue pen input. Depending on the price though, I think carrying a separate Wacom Bamboo tablet would be more feasible alternative. 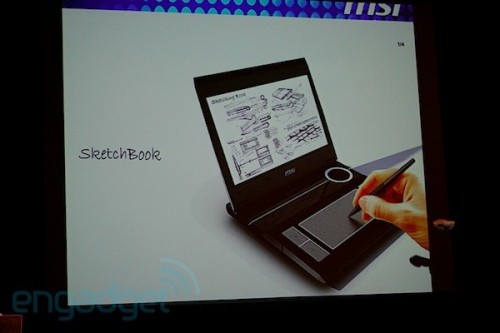