Mullets and the Definition of Insanity: Microsoft's "New" Tablet Strategy

Holiday activities have limited me to skimming the tech news lately. One thing simmering in the back of my mind though is the report on Microsoft’s “new” approach to tablets. It seemed familiar and not because it only rehashes old ideas. No, it was something else, something I couldn’t put my finger on… until now.

Per the report on NYTimes.com, Samsung is working on a convertible tablet (“Gloria”) that will run normal Windows 7 in landscape mode with the keyboard and a presumably touch-centric interface in portrait slate. Their source claims Microsoft is aiming for “business people who want to enjoy a slate for reading newspapers and magazines and then work on Microsoft Word, Excel or PowerPoint while doing work.” So in slate mode, you can do all the fun stuff of an iPad, while in notebook mode, you get the work stuff of a PC. Or to put it another way: party on one side, business on the other. 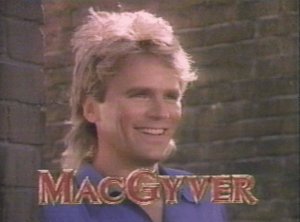 Yes, Microsoft’s “new” approach to tablets is the tech equivalent of the mullet. Oh sure, the mullet was rockin’ back in the day. MacGuyver had a mullet. Superman once had a mullet. I had a mullet. I’m sure a couple of you guys are still sporting mullets. But eventually we (and hopefully someday you) realized “business in the front, party in the back” is horrible all around (looks good on you though). Not what I was hoping for with Microsoft’s “new” tablet strategy.

Via The Drunken Scholar

One other thing: you’ll notice I keep referring to this strategy as “new” with quotation marks. That’s because it’s really not new. A touch-friendly overlay for media and fun stuff? Microsoft tried that with the now abandoned Origami Project. No tablet-optimization for Microsoft Office? Same as always and don’t pretend that Office is fine for tablets. As demonstrated by such great plug-ins as InkGestures (Word), TipX (Excel), and Tablet Enhancements for Outlook, Office on tablets can (and should) offer a lot more than it does. Tablet with a keyboard? That idea was old five years ago. Waiting for the next-gen processor to change things? We’ve been buzzing about processor upgrades since Compaq bumped up the Transmeta Crusoe in the TC1000 to the Pentium M in the TC1100. 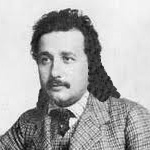 "Matter up front, energy in back"

Basically, what is being reported is that Microsoft’s tablet strategy doesn’t offer anything they haven’t already done. That’s fine enough for those of us who are happy with our Tablet PCs, but if anyone thinks that’s going to lead to a market boost for Windows-based tablets and serious challenge to the iPad, I refer you to Albert Einstein’s definition of insanity.