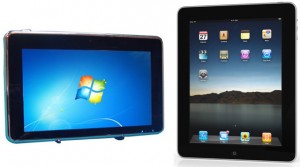 How Many Platforms Will You Use?

It wasn’t very many years ago that the vast majority of computing was done on one of two platforms – Windows or Mac OS. Linux has always enjoyed a small but loyal share of the pie as well, but new operating systems stopped appearing a long time ago with few exceptions (see Chrome OS). You were either a PC or a Mac as Apple’s ubiquitous commercials liked to say.

But, with the development of new ecosystems on smartphones and now tablets, the market is open again. More than that, the post-PC market offers dozens of products with different operating systems than we are used to. There’s the iOS which is a standalone product, but admittedly interacts best with Mac OS computers. There’s Android which works on all platforms equally well, and Windows Phone 7 which, while not available on a tablet, integrates quite a few Microsoft PC products onto phones.

So, the question has once again arisen – is it better to choose one platform and stick with it or can you easily choose multiple platforms and exchange files and content between them?

This Isn’t the Same as Desktop vs. Laptop

If you own a desktop PC with Windows 7 and buy a Macbook Pro for the road, don’t expect an easy transition. Yes, Macs can finally run much of the software from PCs with special tools (or Mac specific versions), but OS-specific file extensions, layouts and services make it hard to keep everything matched up across both platforms.

The same is not true for your mobile devices. If you own an iPad and a Windows PC, the content is perfectly interchangeable. Apple has no choice but to make it easy for PC owners to use their mobile devices. The same is true of Android – all Android devices work on all PC platforms.

But, what happens when people start buying multiple tablets and smartphones. It won’t affect most consumers, but as the tablet market matures and more options become available, it’s likely that many of us will own more than one tablet.

How will information transfer between those platforms? Will it be simple or will there be a gateway like there long was between Mac and PC users? Most of that question is rendered moot by cloud services like Dropbox and Evernote. They work on every platform and allow you to transfer files seamlessly.

The real issue arises in App support. If you invest $1,000 in apps for your iPad 2, that content cannot be used on an Android device, and vice versa with Android content on an iPad. You’ll own two separate devices that need separate software.

Rumors about the PlayBook running Android apps are due to this dilemma. Not only is it hard to convince developers to start work on a completely new platform; it’s hard to convince someone who bought a tablet as a fun gadget and invested so much money into the apps to buy another tablet for work that will require all new apps.

I personally foresee a future in which I use a number of tablets for different tasks, regardless of platform. What about you? Could you be a multi-platform user or are you brand loyal? Will Apple be your tablet, phone, and PC provider of choice or will you consider any new tech if the features strike you as a good investment?