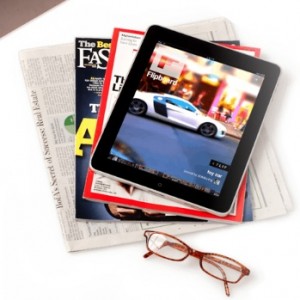 Dubbed by Murdoch himself as “the number one most exciting project,” The Daily will receive a $30 million investment from News Corp. and will cost $0.99 per week.

It has been also speculated that Richard Branson is looking to bring a digital tabloid to market, which will rival Murdoch’s The Daily.

The fate of The Daily, Branson’s digital tabloid venture, and other periodicals on the iPad still is contingent upon Apple enabling a subscription model on the tablet that will allow for recurring billing. Other details include the collection of demographic information, which would help publishers negotiate ad prices with advertisers, though it’s unclear whether Apple would want to give up or release this information.