My Biggest Disappointment With the Dell Latitude XT Tablet PC

I have to say, I’ve been quite impressed and pleased with the Latitude XT. Everything, except for the weight and thickness due to the DLV option, has been exactly what I expected – except for the screen, and that has been a big disappointment to me.

I mentioned in my unboxing InkShow video that there was a graph paper type of grid, with an almost orange type of tone, on the screen, that is apparently the N-Trig digitizer. I don’t recall seeing a grid like that on any other tablet pc, except for maybe when I tested an early prototype of Motion Computing’s LE1700 WriteTouch, which also used the N-Trig digitizer.

The grid is clearly viewable when the screen is off, dim, or when viewed at different angles. It is not readily viewable when the brightness of the screen is turned up medium to high. It bugs me because I’m not used to seeing something like that on the screen, and it shows up at all types angles (imagine holding the tablet in portrait mode, for example). I’ve tried to capture it on camera, but it is very hard to photograph. I’m going to try and capture it on video when I do my detailed InkShow. If I didn’t like the XT so much, it would almost be enough for me to request a refund or a replacement unit if this in fact a defect. I’m teetering back and forth on that decision right now. It is that much of distraction that I would almost call it a defect. What I want is a clear screen, and I don’t want to be distracted by this grid layer that shows itself at various angles and at various brightness levels. I could see this really bothering someone who worked outdoors because that is when the screen is normally dim.

I’ll be contacting Dell Tech Support and N-Trig tomorrow to determine if this issue is related to the DLV option only, or if it is an issue with both models (DLV and LED). If it is DLV only, I’ll be requesting the LED model instead. If it not, we’ll see….

What is quite odd is that when I spoke with Dell Tech Support yesterday about the grid issue, he knew the issue I was talking about and said "Yes, that is the digitizer", like it has been brought up before. Based on comments I’m reading, it doesn’t sound like the LED screens have this issue. Guess I’ll find out for sure tomorrow. Bottom line – I don’t like it and if this it the way they come, I’ll be returning it.

The below pictures are my best attempt at capturing this grid. Click them to view higher res shots. I’ll try to get some clearer pictures tonight or tomorrow. 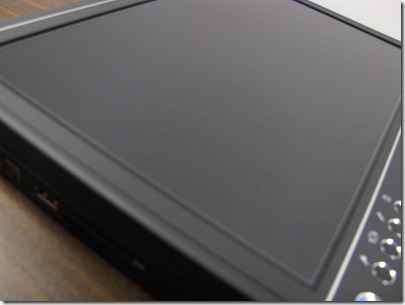 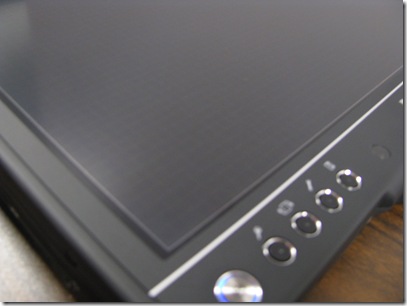 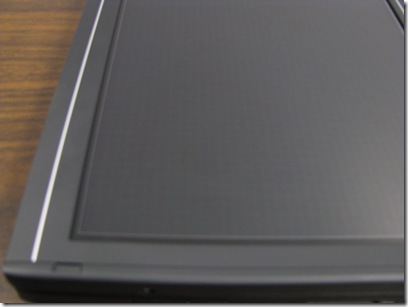