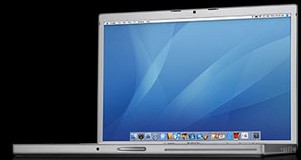 Well, I’ve been using a PowerBook / MacBook Pro on and off for several years, with my most recent MacBook Pro being a Core Duo 2 ghz, ATI 256mb video card, 2gb ram, etc, etc. I’ve been running Parallels ever since it started in beta last year, creating podcasts with GarageBand, using Office Mac, MindManager for Mac, QuickSilver, networking in a Windows environment Ã¢â‚¬” the whole enchilada.  I’ve been accused of being a Mac fan and I proudly admit that I am one :-). I love the Mac OS X experience. With Parallels and their new Coherence feature, the seamless UI experience between Vista / XP and OS X is knock-down, drag-out great.

I spent a decent amount of money and time on that MacBook Pro and feel like I’ve worn the road thin with lessons learned from a mobile perspective.

Along those lines, I thought I’d share a few experiences. I won’t be focusing on the whole Mac OS X experience. I’ll do that in a seperate post at a later time. For right now, I’m going to focus on whether the MacBook Pro makes a good choice for the mobile professional from a hardware perspective.

First off, the MacBook Pro is the hottest laptop I’ve ever used. Mine got so hot that I couldn’t put it on my lap. In addition, the top of the casing around the keyboard got so hot that it was very uncomfortable for me to type on, often causing tingling in my hands. So, I’d frequently have to use an external keyboard and mouse. Doesn’t make a lot of sense to have to bring a mouse, and full-size keyboard with a laptop simply because it is too hot to use, does it?

Related to heat, the exhaust on the MacBook is located at the worse possible place Ã¢â‚¬” at the hinge between the screen and keyboard. As most folks know who frequently use their laptop on their laps or in bed, that space frequently gets covered up, thus causing more heat and fan issues.

I can’t over emphasize these heat issues. For me, they were enough of an issue that the MacBook Pro basically became a desktop unit.

Second, as of the last time I checked, there are no extended batteries for the MacBook Pro. If Dennis is griping about battery life support with phones and tablets, I’d hate to hear him after using a MacBook Pro. I normally got about 2 hours of battery life. When I took the MacBook Pro out to a client site, I’d always bring the ac adapter, which is quite big. The only other two solutions are to bring multiple batteries, which means having to play the battery charge shuffle game at night, or buy a supplemental battery like BatteryGeek.net’s which includes a special tip for the MacBook Pro ( by request only ).

Third, going in to stand-by was very problematic. More times than not, after shutting the lid, the MacBook would not go in to stand-by. Instead, it would often get stuck in this halfway stage Ã¢â‚¬” screen very, very dim, but machine not in stand-by. I experienced this on both MacBook Pro’s I owned. When this would happen, I’d have to force a shutdown in order to get the machine to recover. It was very irritating.

Not taking into account the whole software experience, as a mobile computer and desktop replacement, the MacBook Pro makes a bad choice due to heat, battery, and cost. If a person is looking for a 15Ã¢â‚¬Â / 17Ã¢â‚¬Â mobile desktop replacement, there are better solutions in my opinion, like the Lenovo Thinkpad T60P. They cost less, have just as powerful of a video card, are Core 2 Duo, have extended batteries, and have better screens in my opinion.

Based on all of the above, if I were to buy another Mac, I’d get an iMac or Mac Pro. A person gets so much more computer for the money with an iMac. Plus, with the issues I had with the MacBook Pro, it basically became a desktop unit for me anyway. So, why not save money and get a better machine in the iMac to begin with.

I want to close this by saying that I thoroughly enjoy the Mac experience. In fact, I firmly believe that an optimal set up, for me, is a decked out 24Ã¢â‚¬Â iMac or Mac Pro, running Vista with Parallels Ã¢â‚¬” two optimal OS’s with the best of the best running on one box, all sharing the same documents folder. In addition, I’d have a Tablet PC, like the Lenovo X60 MultiTouch Tablet PC , to be my companion device while mobile syncing back to the iMac using FolderShare.

Depending on your needs, Ultra-Mobile PC’s like the Samsung Q1P or TabletKiosk i7210 also make great companion devices. I have not tried the smaller MacBooks out to see if they have similar heat issues, but on the outset, they look to be good companion device choices as well. I’m pretty sure, the lack of extended battery support is the same, though.

So, I’m very up on the Mac Ã¢â‚¬” just not on the MacBook Pro. The MacBook Pro was probably the worst hardware purchase I’ve made in a while, and that says alot coming from a self-proclaimed Mac fan. If I had purchased an iMac instead, I’d be a much happier Apple customer.

UPDATED: Clarified that Apple products I owned were both a PowerBook and a MacBook Pro.