MyAssist is a virtual personal assistance service designed for the ‘mobile lifestyle’ that I recommend to anyone that doesn’t have enough hours in the day. For just $10 per month you get access to a team of virtual assistants who will bend over backwards to make your life a little easier. In the six months I’ve used MyAssist, they’ve saved me literally countless hours and hundreds of dollars. 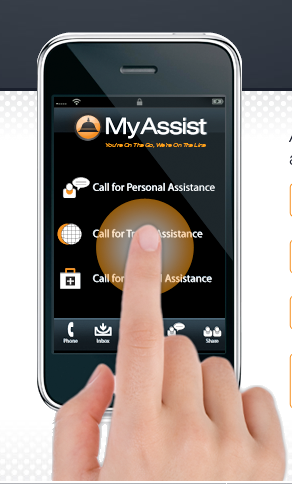 I’ve had mediocre experiences with virtual personal assistance services in the past, so I at first hesitated when a MyAssist PR rep offered me a trial account. What convinced me to give MyAssist a shot was the pricing, which still seems too good to be true, and the fact that all of their assistants are based in the U.S.

I had become frustrated with AskSunday after they raised rates (formerly $1 per task, now $3 per task) and I often spent more time explaining what I wanted done than it would have taken to complete a task on my own. AskSunday, and most other virtual assistants, are overseas and I’ve found that language and cultural differences can be a challenge.

MyAssist offers unlimited request for just $10 per month, trouncing the other services I’ve tried in terms of price. If the service can save you even one hour per month or one headache it’s probably worth the cost.  MyAssist is affiliated with TravelGuard, which I assume means they make money when they book travel arrangements, which are on par with the best prices I can find myself via services like TripAdvisor.

MyAssist seems to have the mobile geek in mind. To submit a request you can send a message or call the service using the MyAssist app, which has been available on the iPhone and Blackberry for several months. An Android version was announced a couple of days ago. However, I submit most of my requests through the toll-free number or email.

The staff at MyAssist are courteous, professional and always deliver on time. I’ve left a couple of credit cards on file with MyAssist so they can make purchases on my behalf. They’re also willing to solve problems creatively, while other services have only done specifically what I’ve asked.

There have been a few hiccups- I had to give them my credit card info three times because the info disappeared. The credit card info now seems to be in place. I also had to provide my home address more than once as it seems they had a hard time keeping track of it. MyAssist could really benefit by having a user-accesible portal, as some of its competitors do, where customers could maintain such information and view past requests.

Here are just a few of the examples of the things I’ve had MyAssist help me with. 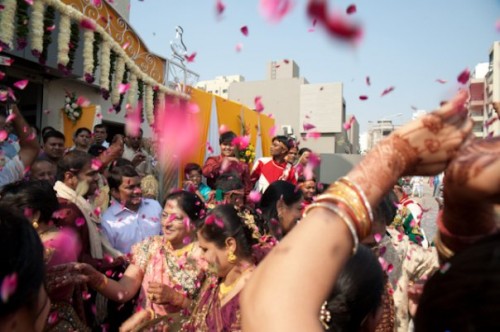 The MyAssist folks first got ahold of me when I was in India late last year. I wanted to plan a side trip to southern India with my wife, but in the midst of my brother-in-law’s wedding festivities we simply didn’t have time to sit down at a computer and plan the trip ourselves. In fact, we didn’t even know which state we wanted to travel to.  I called MyAssist from Mumbai and spoke with Jessica. I told her my wife and I wanted to go to either Goa or Kerala, but didn’t know which one to choose.

Within a few hours Jessica emailed me an 11 page document describing Goa and Kerala, including photos and suggestions for excursions. The information was pulled from several web sites. It only took us a few minutes to scan through the document and decide that Kerala would be a better destination for relaxation. I called MyAssist back, told them when we wanted to go. They took care of finding the best deals on flights that worked with our schedule. It was a relief to not have to deal with an Indian travel agent or make a trek to an airline’s office.

We referenced the document several times prior to traveling to Kerala to figure out what we wanted to do. We took MyAssist’s suggestions of renting a houseboat for a day to explore the backwaters and getting Ayurvedic treatments to calm down our nerves after a hectic wedding. 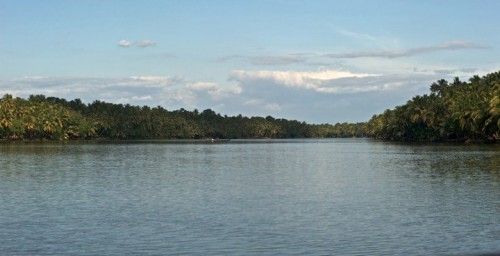 Here’s a picture of the backwaters I shot while relaxing on the houseboat.

We all know that it’s dangerous to use a smartphone while driving. Before having MyAssist, I’d occasionally look things up with my iPhone. Now, instead of putting my life at risk, I just dial MyAssist and ask for help. For example, when driving to Carmel last weekend I realized I didn’t have a CF Card reader with me. I called MyAssist and an assistant helped me find Best Buy locations that were along my route from San Jose to Carmel. She also found me a local camera shop in Carmel, told me that they’d still be open when I got there and transferred my call to the store so I could ask what kind of card readers they had in stock. She also explained how I could find the store since Carmel businesses don’t have street addresses (she’d apparently vacationed in the town before). This kind of specific advice is something I’d never received from assistants based in India.

While I’m driving I’ve called to ask them to look up traffic conditions, connect me to businesses so I didn’t have to search for numbers myself and other tasks than too many drivers do themselves while driving.

I wanted to celebrate the team’s hard work with a night out in Las Vegas. As you can imagine, the entire GBM and Notebooks.com team was too busy to figure out which shows were playing when, much less call around and check on ticket availability. I asked MyAssist to find us the best show that wasn’t adult themed on the strip. They recommended several shows and even marked which ones were safe for all audiences or a little risque. We settled on Cirqu du Soleil’s ‘O’ at the Belagio. 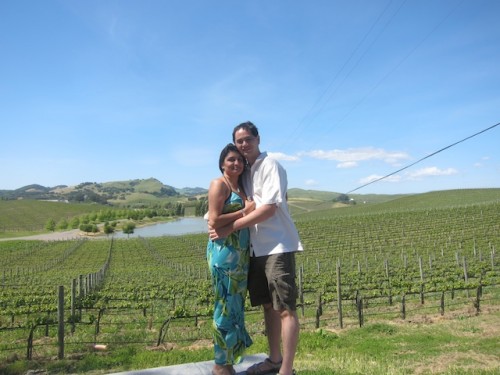 I’ve been relying on MyAssist to help manage my relationship with my wife. Their reps have helped me book dinner reservations, plan our recent anniversary celebration, order flowers and help pick out gifts. At first glance, this might seem a little impersonal, but I can assure you that it’s helped me explore more options and really impress my wife. It also means I can explain exactly what I want to buy, when it should show up at my wife’s office and leave the rest up to MyAssist.

For example, I wanted to take my wife on a day trip to celebrate our fourth anniversary. I had the idea to rent a sail boat, go to wine country or go to a spa in Calistoga. It would have taken me forever to research all three options. I instead outsourced the task to MyAssist.  They contacted wineries and sail boat rental companies and summarized all of my options and provided specific info I’d requested, including whether or not the sailors would provide a gourmet lunch and good local wine upon request. They also put together a full calendar of festivals and special events in Sonoma county.

I ended up taking my wife to Napa for the day and had MyAssist book a pair of seats on the Winetrain for dinner. I asked MyAssist to get us the best available seats. Since it was a last minute booking they were unable to book us in the Vista Dome car, which offered a better menu, better view and a private tablet for the duration of the three hour train ride.  Ben from MyAssist suggested we get on the waiting list for the Vista Dome car. The only problem was that the waiting list opened at 7am on the Saturday of our anniversary celebration. Ben set an alert on the service ticket and called at precisely at 7am to ensure we’d be at the top of the waiting list. When it came time to board the train there were several couples waiting around in hopes there were last minute cancellations for the Vista Dome car. There was only one cancellation and thanks to MyAssist we got the best seats in the house despite my procrastination. My wife was very happy with the anniversary festivities and even asked if I’d had help.

I was also stumped as to what to buy her for our anniversary. She’s been asking for a new purse for some time, but I wanted to get some more ideas.  Melissa, from MyAssist put together a list of unique gift shops in San Francisco and a couple of online options. She also offered some specific gift ideas:

We have put together a few ideas and options for you to review for an anniversary gift.  The traditional gift for a 4th anniversary is fruit or flowers.

Also, if you prefer to shop online, 2 vendors with a wide variety of interesting and unique as well as traditional gift items may offer you options to consider.  Those vendors are:  Red Envelope (www.redenvelope.com ) and Uncommon Goods ( www.uncommongoods.com )

If you prefer the modern option of an appliance, perhaps that can be stretched to include a GPS system if your wife travels a lot or a digital reader if she likes to read.  Digital reader options, like the Nook from Barnes and Noble and the Sony Reader run between $200 – $300.

I hope that something offered in this email will appeal to you for an anniversary gift for your wife.  Please let us know if any further options can be located or if any additional assistance is needed with your upcoming anniversary.

In all, I had three personal assistants help plan our anniversary.

We recently got new health insurance and I got very frustrated finding a new dentist. I tried calling 1-800-DENTIST, but they seemed to want to send me to the highest bidder and referred me to a dentist 25 minutes from my home. I turned to MyAssist to put together a comprehensive list of dentists that accepted my new insurance and to cross-reference them with ratings on Yelp. They delivered a polished list free of any dentists that had a lot of complaints.

My wife took a new job in January that requires her to be on a conference call at 7am. It’s a little too easy to hit the snooze button, so I set up a daily wake-up call for 6:30am until she adjusted to her earlier work day. MyAssist no longer takes recurring wake up calls and they must be made on a day-to-day basis.  One of the benefits of having a personal assistant call in the morning is that they always ask if there’s anything that you need for the day. I sometimes do assign a task or two if I’m going to be particularly busy.