The MyCharge Freedom 2000 is an iPhone 5 battery case with a unique idea.

Because of the unique design the case doesn’t change the footprint of the iPhone 5 much, though it does add a bit of thickness to the phone. The MyCharge Freedom 2000 about doubles the thickness of the iPhone 5 thanks to its 2000 mAh battery. 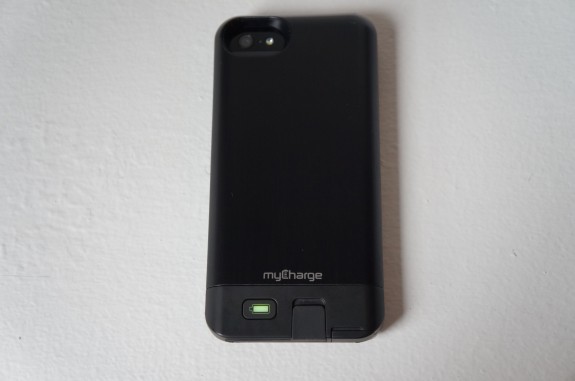 The back of the MyCharge Freedom 2000 looks like its made of brushed metal, but feels like its made from a matte plastic. It feels better in the hand than the glassy plastic of Android phones like the Galaxy S4, though not as good as the rubberized texture of Mophie’s cases.

To hold the iPhone 5 in the case MyCharge uses what feels like rubber that surrounds the sides and top of the phone, leaving the bottom mostly open. The problem with this is the phone rests on a soft felt that doesn’t provide much friction, meaning the phone slides down the case relatively easily. The sliding makes it frustratingly difficult to turn the phone on and off as the rubber covers the power button.

Holding the sides firmly will prevent the phone from sliding, but it’s not nearly an ideal experience.

In terms of actual battery performance the MyCharge Freedom 2000 can give users quite a bit or extra battery life. I was able to get through most of a weekend using just the battery in the case during moderate use (reading Twitter through Tweetbot, a few games, music and some web browsing). The case was able to charge an iPhone 5 from dead up to 80 percent in about on hour and 20 minutes.

Determining how much battery life is left in the case is fairly frustrating, however. Unlike Mophie and other companies that use a series of dots to indicate battery percentage, MyCharge uses a colored LED. 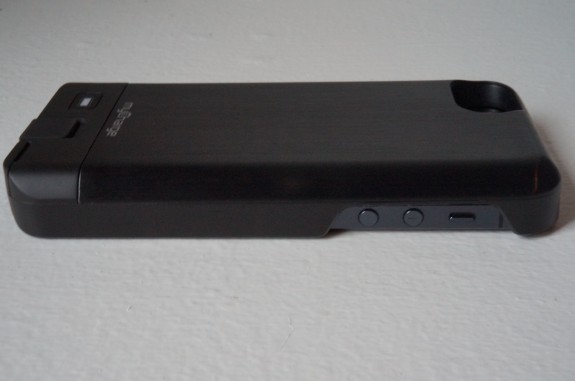 When the LED is green the case has between 71 percent and 100 percent battery, yellow is for between 41 and 70 percent, red is for between 11 and 40 percent and flashing red if for between zero and ten percent. That’s an annoying chart to memorize, and I found myself just guessing at what the colors meant.

There’s a reason other cases use multiple LEDs: it’s easier to see you have three out of four dots than trying to remember what a yellow light means. 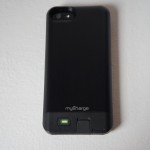 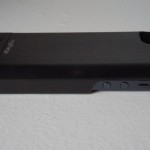 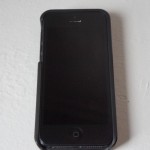 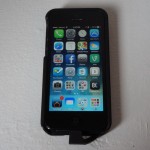