N-Trig sent over a sample of the DuoSense Pen 2 and an HTC Flyer, which we used to test the pen over the last few weeks. The Pen includes multiple tips, which offer a ballpoint or a rollerball like feel while taking notes on a screen.

Even when paired with a nearly two-year-old HTC flyer, the N-Trig DuoSense Pen 2 makes it easier to take notes than on the iPad. This is thanks to palm rejection technology that prevents a user’s palm from activating the screen. This means it is possible to set your hand down on the screen like you would on a piece of paper, something that’s not possible or not reliable on the iPad. 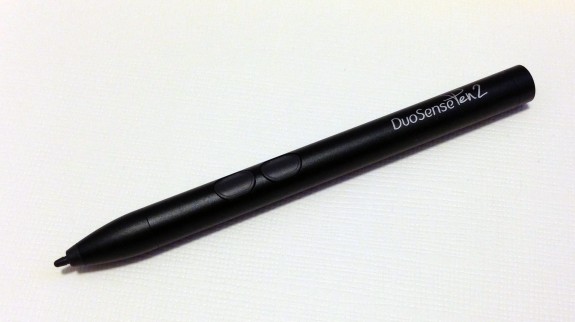 The N-Trig DuoSense Pen 2 is a great note taking companion.

In addition to the HTC Flyer, the DuoSense Pen 2 is also compatible with many new devices. Specifically the N-Trig DuoSense Pen 2 works with two popular Ultrabook Convertibles, the ASUS TAICHI and the Sony VAIO Duo 11. N-Trig teases support for many more systems which will launch in April.

The system supports touch and pen input, and some apps like Papyrus allow users to write with a pen and erase with a finger. 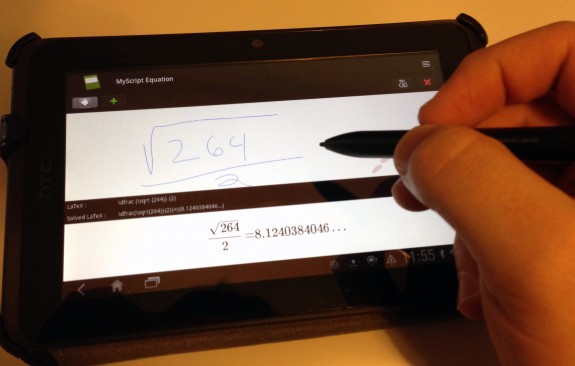 Use the DuoSense Pen 2 to draw and solve equations.

The DuoSense Pen 2 offers a high degree of pressure sensitivity, which really shine in apps like SketchBook Pro and Papyrus. While I am not enough of an artist to make great looking drawings in SketchBook Pro, I do enjoy the varying pressure levels in Papyrus.

Included on our demo unit are apps that can detect and solve equations, detect and correct squares and much more.

This video uses the older pen, but offers an idea of how helpful this type of solution can be for students and workers.

In the short time I’ve used the DuoSense Pen 2 I’ve taken more digital notes. After giving up on taking notes on the iPad late last year I had been using paper and importin the notes to Evernote. With the DuoSense Pen 2 I am able to take notes digitally almost as fast as on paper, and without thinking where my palm is. I am looking forward to seeing this type of technology on more devices in the coming months. 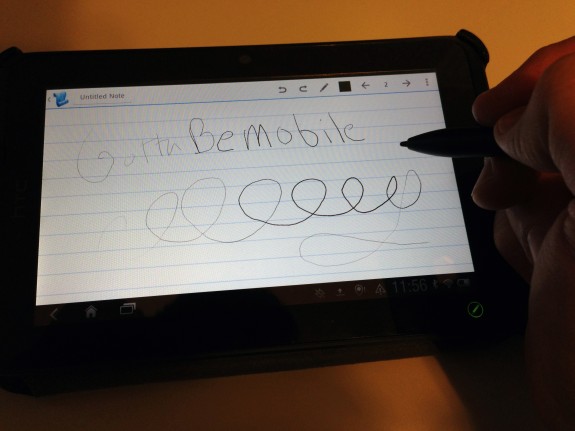 The DuoSense Pen 2 supports pressure sensitivity, as shown in this photo.

The N-Trig DuoSense Pen 2 is available in three sizes, the largest of which is in volume production now. We expect it will be available soon. The smaller 8mm and 5.5mm diameter versions are coming later this year.