In news that will surely elicit mixed emotions from our regulars: Israeli newspaper Haaretz reports that N-Trig will be supplying the multi-touch digitizers for Google’s upcoming Chrome tablet, rumored to be arriving on “Black Friday” November 26th. Oh, and also for the HP Slate too. 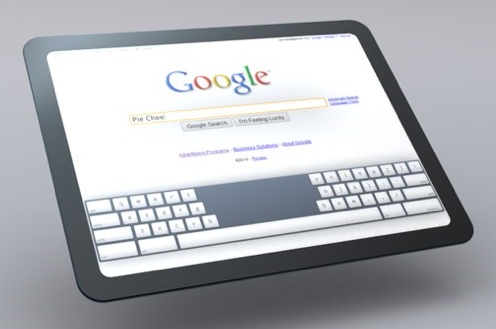 The Google tablet, which Haaretz calls “gPad”, is said to be in the “single-prototype” stage and a closely-guarded secret (though not so guarded that Haaretz can’t report on it being secret). They also claim the November rollout date is still subject to change. While there is a lot of uncertainty in their story, taken as a whole it further supports the rumors of the Google Chrome tablet launch later this year.

The story yields a few other interesting tidbits. First up is this claim about the mythic HP Slate:

Another would-be iPad competitor, HP’s on again-off again Slate, is expected to use N-trig’s multitouch technology as well – if it ever gets built.

That perhaps comes as a surprise to some given that HP recently switched from N-Trig to Wacom in their Touchsmart Tablet PCs with the tm2. However, HP never claimed to be cutting ties with N-Trig altogether, and others, such as Lenovo, offer both Wacom and N-Trig digitizers in their lines of touchscreen and tablet computers. Unconfirmed but I doubt it would have been mentioned if N-Trig wasn’t at least in the running.

Second item of note is the way the story was passed on by Appolicious with the headline “Israeli firm developing new touch screen” and a subhead of “Secret tablet technology”. Admittedly, supplying digitizers for Tablet PCs is a relatively secretive way of getting your technology into the market, but N-Trig’s technology has been used for the past three years by companies such as Dell, HP, and Lenovo. It may be generally unknown, but it’s neither new nor secret.

Lastly, the headline on Haaretz, “HTC taps Israeli technology for its iPad-slayer,” strikes me as profoundly foreboding given how Dell literally slayed Tablet PCs in their pre-release marketing for their N-Trig-equipped Latitude XT. None of the parties actually involved are framing the gPad in that manner, but it looks like a bad omen to me.