Matt Bonner hates to make excuses, but when it comes to his poor performance due to tennis elbow the iPhone 6 is to blame. In a new interview Bonner, known as the Red Mamba to some San Antonio Spurs fans, blamed the larger screen on the new iPhone for pain and injury that left him cringing before a pass.

In late 2014 Apple announced the iPhone 6 and iPhone 6 Plus with larger screens that prompted a variety of criticism, but this is the first time we’re hearing about a NBA player’s performance faltering due to the bigger iPhone screen.

While Lebron James can carry the Galaxy Note, with a huge display, Bonner recently laid the blame for a two and a half month injury on the iPhone. It’s not clear if he was using the iPhone 6 or iPhone 6 Plus, but a bigger screen is to blame. 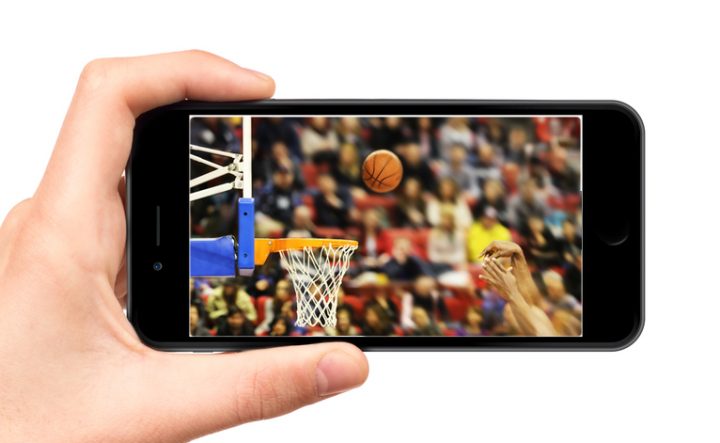 Matt Bonner blames the iPhone 6 with a larger screen for his shooting problems.

In a lengthy interview with the Concord Monitor, Bonner describes his injury and how the Spurs training staff identified the problem.

“I hate to make excuses, I was raised to never make excuses, but I went through a two-and-a-half month stretch where I had really bad tennis elbow, and during that stretch it made it so painful for me to shoot I’d almost be cringing before I even caught the ball like, ‘Oh, this is going to kill.’”

“Everybody is going to find this hilarious, but here’s my theory on how I got it,” he said. “When the new iPhone came out it was way bigger than the last one, and I think because I got that new phone it was a strain to use it, you have to stretch further to hit the buttons, and I honestly think that’s how I ended up developing it.”

The report mentions a member of the training staff who ran into similar problems when using the new iPhone to play a game.

Matt Bonner is not the only person to run into problems with Tennis Elbow after using an iPhone. Various reports of iPhone elbow or iPad elbow date back to even the smaller iPhone 5 and iPhone 4s displays due to repetitive use. iPad users complain about tennis elbow problems on the Apple support forums as far back as 2010.

Apple offers tips for avoiding repetitive motion injuries while using a computer, but does not list tips for iPhone ergonomics that could have helped Bonner avoid his injury.