The list of live TV streaming apps just increased with the addition of NBC, TNT and TBS. Last week NBC threw its hat in the streaming ring with an app that will stream a collection of 28 of its shows to your iPad, including favorites like The Office and 30 Rock.

In addition TNT and TBS released apps to stream their content. For those apps, you have to log into the app via your cable or satellite provider’s online account. For example, as a DirecTV subscriber, I just entered my email address and DirecTV password to get access to all of the content they offered via the app. You can catch up on the new summer apocalyptic program Falling Skies as well as 14 others, like Men of a Certain Age, a show every 40-something guy needs to check out. 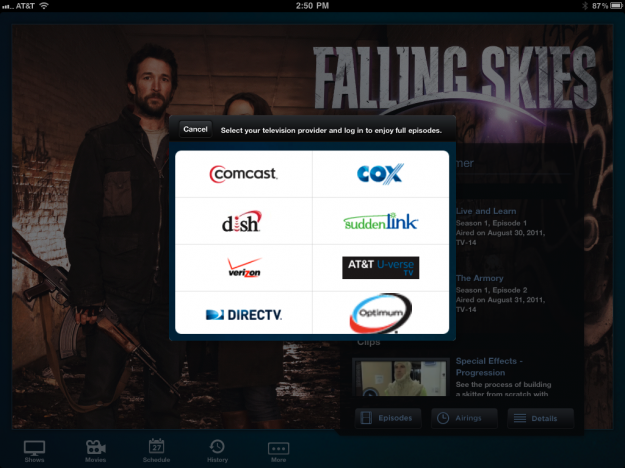 The TNT app also streams some of their movies, with 22 currently available. Social networking features let you connect with friends. The full TNT schedule tells you when your favorites will air live.

The TBS app is packed with old reruns that now air on the network. Old episodes of The Office or Seinfeld can be viewed. It too has a network schedule and social networking built-in. You can tell that the two Turner network apps were built by the same developer. 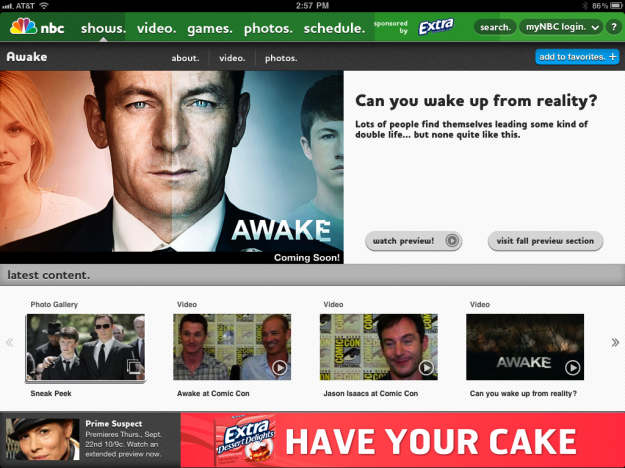 With NBC’s app you not only get to watch full episodes, but will see the upcoming new fall lineup with sneak previews. Unlike the TNT or TBS apps, you don’t need a tv provider login to the app to watch the shows.

ABC beat the competition to the iPad when it first launched with their own app. You can also get streaming video from HBO, Cinemax, Netflix and Hulu Plus. Now we need FOX and CBS to complete the collection of the big four TV networks streaming on the iPad. Other networks I’d like to see include AMC for Mad Men and the great movies, and an expansion of the WatchESPN app to include customers of DirecTV.