The Nest Learning Thermostat received an update today. The company announced a new slimmer learning thermostat that works with more systems and a software update that brings new features to the original Nest.

The second generation Nest thermostat is 20% thinner than the current model thanks to a new stainless steel ring that doubles as the casing and control system. This is a nice change for users that need to place the Nest in a high traffic area, as the current model sticks out from the wall quite a bit for a thermostat.  The stainless steel band reflects the wall around it to blend in with more surroundings. 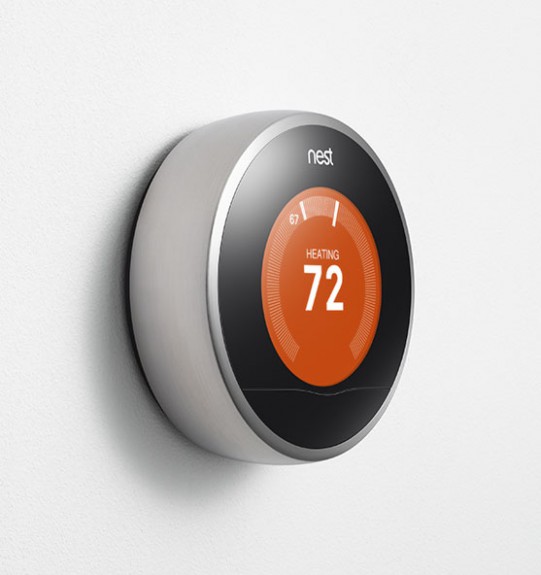 The new Nest learning thermostat is slimmer and smarter.

The new Nest Learning Thermostat will arrive at Lowes, Amazon and Apple stores as well as direct from Nest later this month for $249.

Users with an original Nest thermostat installed don’t need to try to trade in their thermostat. The Nest 3.0 software update is on the way to existing Nest Thermostats to improve the user experience. 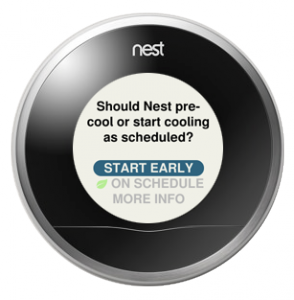 One of the most exciting features is the new Early On feature that will kick start the forced air heating system to get the house to the right temp by the time users get out of bed. As a Nest owner that’s already turned on the heat, I’m excited to hear about the Early On feature.

The new software also lets the Nest learn user schedules in the Heat-Cool mode, now called Range. I’ve used this mode for the past month to keep a good balance, and it’s nice to know the new software will allow my Nest to learn my habits. Auto-Away can take action within 30 minutes of leaving home, which is a nice touch, even for someone who works from home.

The Nest Mobile app is also getting an update to support the Nexus 7 and Kindle Fire HD. These apps join the existing Android smartphone, iPhone and iPad remote controls that let users schedule times, change temps and see savings.

The existing Nest will receive the software update this week, and the existing stock will sell for $229 while supplies last.