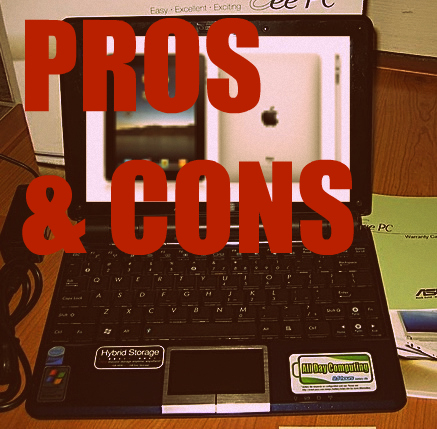 I was a big fan of netbooks when they first came out.  They’re cheap, provide plenty of functionality, and make great traveling companions.  Despite the booming popularity of netbooks, I believe that the iPad will create a new market for tablet-styled devices.  Whether you’re an Apple fan or not, the iPad’s perceived ease of use, design, and portability will assure it has a place.  The question some are now asking is whether they should buy a netbook, the iPad, or a similar unreleased tablet.

The core of this question ultimately relates to the device’s purpose.  What exactly do you need to accomplish?  While it seems that the iPad is primarily a consumption device, there will likely be many available applications that make it a useful tool.  The iPad’s extra accessories such as the keyboard dock highlight that it will offer an extended experience rather than simply being a large iPod Touch.

Here is a simple comparison of the pros and cons for a netbook and the iPad.

What does $499 get you in the netbook department?  Amazon has several winners to consider. 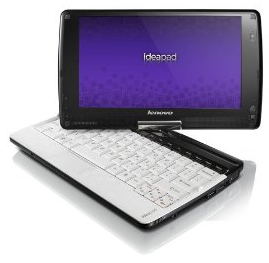 The Lenovo S10-3t 10.1-Inch Tablet Netbook comes in at a surprising $499 even and features the following specs: 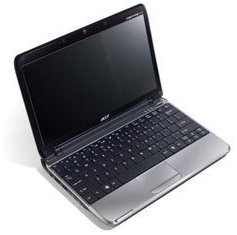 Ultimately, the iPad will develop with software updates and official/unofficial community support.  Remember that the first iPhone and iPod Touch lacked something as simple as cut and paste.  The success of the iPad largely depends upon Apple’s direction and development.  The iPad will not succeed if it is a syncing, harddrive mirroring, oversized iPod.  Most folks desire a device that can standalone, independent of any other computer.  Sharing and syncing of information is great, but hopefully the iPad can be used apart from a notebook or desktop.

With an extra $499 burning a hole in your pocket, which would you buy?