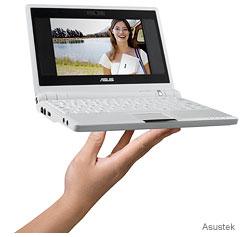 When a gadget, a celebrity, a business, a politician, or anything else starts getting as much negative publicity and analysis as it does positive ink you know it has arrived and is a force to be reckoned with.   There’s an old rule in show business that unless someone is taking potshots at you, you don’t amount to much. Using that rule of thumb, Netbooks have not only arrived, they may have conquered.

Increasingly over the last few months, while Netbooks have continued to sell, we’ve seen the nattering nabobs of negativism begin to crank up, along with some serious and well thought out analysis. On some days we’ve seen contradictory headlines that say Netbook sales are booming and faltering. We’ve seen some who thought Netbooks were akin to the second coming begin to reverse course after using them for awhile. We’ve seen headlines and stories that say Netbooks are doomed to fail. We’ve seen manufacturers who have pushed hard to make Netbooks go, back off and say they aren’t real computers that real users would want. We’ve got fanboys and we’ve got the ‘not here, not anytime’ crowd. We’ve seen lawsuits over the monkier Netbook. (Another rule of thumb, when they unleash the lawyers to come after you, you’ve scored big.)

All of this is natural in the way the world and human nature works, but the fact that both sides of the coin are coming up these days only proves one thing: Netbooks have not only arrived, they have arrived big time.