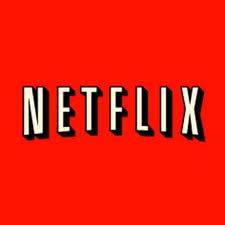 Fragmentation has been a problem that’s been commonly talked about on the Android platform, and not even Netflix is immuned to the fragmentation problem that’s part of the platform. As such, Netflix says that it is currently working on an Android version of its app, but the app will only be released on select devices and not across all Android devices. The company, at this time, however, isn’t specifying which devices are targeted.

In spite of calling Android “an exciting technology that drives a range of devices,” Netflix is stating that the Android lacks a system-wide security structure to get DRM in place, and states that because of this, Netflix will not be released to all Android devices.

As for general Android fragmentation, despite the fact that Android is an operating system that’s free to use, users who have purchased a device with an older version of Android are still at the mercy of their their device manufacturer or carrier to receive an operating system, or OS, upgrade to bring their devices up to the current version. This results in many different version of the OS being used at any given point, making it hard for developers to make their apps and web portals compatible across multiple Android devices.

The popular movie streaming service has been available on the iPad at launch and has since been ported to run on the iPhone. It’s also now available as an app for Microsoft’s Marketplace for Windows Phone.