Netflix for Windows Phone has received a major update today that not only brings the popular application to new markets but brings some new features to the tablet as well.

In a post on its company blog, Netflix announced that its application for Microsoft’s platform is now available in both the United Kingdom and Ireland as well as in the 47 countries that comprise in Latin America.

That’s quite a few people who have just received access to Netflix on their mobile device. 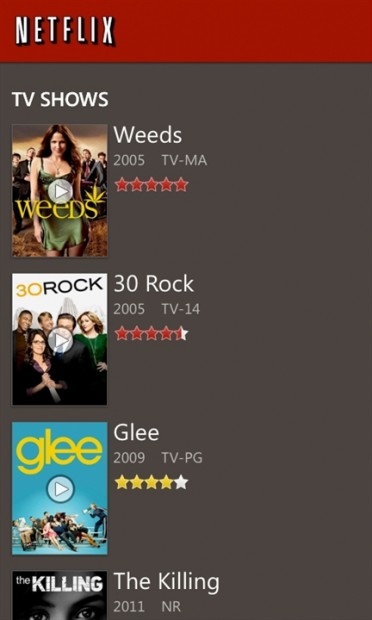 In addition, the application is going to bring some new features to the table. For those that love subtitles when watching a show or movie, those have now been included in the Windows Phone app.

Closed captioning has been included and there is now an alternate audio included.

Those that have already had access to the application, the app itself has been available in the United States and in Canada since November 2010, should also notice some performance improvements over the last version.

That should mean less sluggishness and fewer crashes.

Netflix for Windows Phone is a free application but you’ll need a Netflix account in order to fully take advantage of it. It also seems like Windows Phone users, as a whole, are enjoying the app.

Out of 2398 ratings, the app has received a four star rating which is pretty impressive.

It’ll be interesting to see if that rating improves with the release of this latest update.

The Windows Phone update comes just a day after Netflix released a much needed update to its application on Google’s Android platform.