In less just over two weeks Netflix plans to drop many favorite kids TV shows from Hasbro including My Little Pony, G.I. Joe, Transformers and other classic shows for children.

Netflix continually refreshes and changes the lineup of movies and TV shows at the start of each month, and on February 2nd these shows will disappear from Netflix, possibly to resurface on Amazon Prime Instant Video in the coming weeks or months.

In all the following five series will stop streaming on Netflix in about two weeks. Users can watch them now, but there is no way to keep the show available after that date, even if it is added to the a user’s list. Here are the five Hasbro TV shows that will no longer be on Netflix; 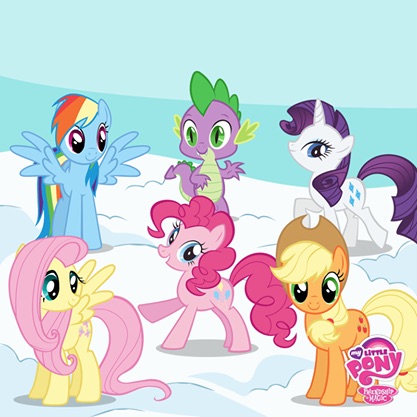 My Little Pony could disappear from Netflix on February 2nd.

The move comes as many users are just learning about these shows, but it could upset some kids who are watching the series and frustrate kids of the 80’s who grew up watching these classics and only recently discovered that they are available to stream on Netflix.

Viewers can still watch these shows on Netflix until February 2nd, but it is not too late for a reversal. Rumors that Netflix would drop Dr. Who and Luther as well as other BBC shows turned out to be unfounded as Netflix and the BBC reached an agreement to keep those shows on the streaming service according to Variety.

When asked by The Wrap, an entertainment publication, Netflix gave a dismissive reply. A Netflix spokeswoman said, “Netflix has such a broad set of content that no one vendor accounts for a significant amount of viewing on a consistent basis.” While Netflix put up a big

A Hasbro Spokesperson told GigaOm that the much-loved children’s series are available online through other platforms and shares the hope of keeping My Little Pony and other Hasbro shows on Netflix, stating;

“We know today’s audiences watch content on a number of different platforms and we are deeply committed to ensuring that the people who love our shows have access to them anytime and anywhere they want to watch. Hasbro Studios programs including My Little Pony: Friendship is Magic and Transformers RescueBots are currently available on numerous broadcast and streaming platforms around the world.  We are extremely hopeful that we can continue to offer our highly rated, award winning programs to Netflix U.S. subscribers.”

The competition for streaming services that deliver entertainment for kids and adults is fierce and content owners like Hasbro know that if Netflix won’t pay to play, Amazon Prime Instant Video or another service is ready to deal.

Netflix is $7.99 a month and includes a range of TV series and Movies. Amazon Prime Instant Video is $99 a year, and includes free two-day shipping on Amazon and other benefits for Kindle users.