Some heads are probably spinning among the streaming video market watchers, but at least Verizon broadband customers will probably experience less buffering when it comes to watching Netflix in the future.

In what was a somewhat expected move, Netflix and Verizon announced an agreement today wherein Netflix will pay Verizon for direct access through Verizon’s broadband networks for an improved streaming experience. The reason the move was somewhat expected is that following Netflix’s similar arrangement with Comcast, both Verizon and AT&T announced that they would be seeking similar arrangements. 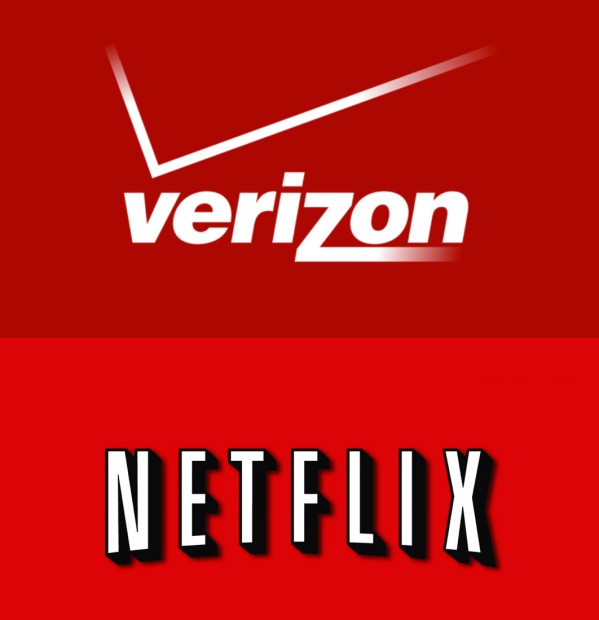 There are very few specifics available about the deal as it is said to be confidential. So we don’t know about duration, cost, or anything else. In a brief statement Netflix stated:

“We have reached an interconnect arrangement with Verizon that we hope will improve performance for our joint customers over the coming months.”

Similar to its past relationship with Comcast, Netflix customers who streamed through Verizon had reported steaming quality issues. Verizon, like Comcast, has long been accused of throttling Netflix’s stream but has always denied any such treatment, sending customers to Netflix to complain. This deal most likely means Netflix will pay Verizon to connect directly to Netflix’s servers which should offer an improved streaming experience to Verizon customers.

The surprising aspect of the deal, if there is one, is the timing. It comes as Netflix and Comcast are waging a vicious PR war of words against each other, each accusing the other of not telling customers the truth after that deal was signed. Comcast says Netflix made poor business decisions about choosing intermediate partners that delivered content to Comcast and that was the problem.

Netflix on the other hand has been saying that streaming issues were the fault of Comcast, as Netflix continues to beat a loud drum arguing in favor of Net Neutrality. Netflix has said that Comcast wants to “double dip” by charing both its customers and content providers for the same stream.

Intriguingly, many feel the deals Netflix is now engaging in actually are a blow against the concept of Net Neutrality and its own case.

Comcast had fired back with an equally intense statement of what it perceived as the facts:

Netflix’s argument is a House of Cards. But there is no need for us to engage in a point-counterpoint with Netflix to demonstrate the continued distortions and inaccuracies on which it relies. As we and other industry observers have already noted, Netflix’s decision to reroute its Internet traffic was all about improving Netflix’s business model. While it’s understandable for Netflix to try to make all Internet users pay for its costs of doing business (as opposed to just their customers), the company should at least be honest about its cost-shifting strategy.

The bottom line is the story is not over, and Netflix now finds itself in a position where it will have to work directly with other ISPs, like AT&T, which is surely waiting eagerly in the wings. According to Verizon these types of discussions have been going on for over a year.

The move also comes after Netflix recently confirmed plans to raise prices on new customers by $1 to $2. Current subscribers were told their subscription rates would stay the same for what is described as “a generous period of time.” As Netflix continues to develop original content such as House of Cards and Orange is the New Black, one of the reasons for the price hike is to cover those content acquisition costs.

The timing of the deal also raises questions about Netflix’s strategy in all of this. Netflix is arguing vociferously and pointedly in favor of Net Neutrality in which all data is treated equally with no preference provided by paying a toll to ISPs. At the same time it is consummating deals with ISPs to improve its customers’ experience. Is Netflix being bullied into these types of deals by ISPs who control the pipes? Does it just not have any leverage? We’re looking at a confusing set of circumstances that probably won’t be cleared up until books are written about the experiences somewhere down the road.

There are many moving parts surrounding the parties involved with these types of negotiations and business relationships, including a full throated debate about the future of Net Neutrality happening on a political level. To say the environment is ripe for uncertainty would be an understatement. Precedents, however, may be being set that could influence any ongoing discussions.

Depending on the particulars in any of these deals, and how the business environment may change, it is not hard to imagine a day in the future when Netflix and one of the ISPs are in heated negotiations over an extension. A headline bursts forth saying Netflix may threaten to pull its content off of one of these providers. In the world of cable TV arrangements we’ve certainly seen similar things happen when contracts between content providers and cable owners expire, leaving viewers caught in the middle.