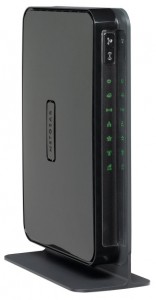 Netgear released a new router today and from the way they and others are throwing the word “mobile” around, you’d think it was mobile, but it’s not.

No, the MBRN3300 3G Mobile Broadband router is a standard plug-in-the-wall router with a 3G modem built in. That’s great if you’re in an area that can’t get wired broadband but have good 3G coverage or if you work with groups in a nomadic setting, but you can’t throw it in your bag and be connected without an external battery pack. Their claim that it offers “Internet access from trains, buses, automobiles, RVs or boats” depends greatly on your access to a power socket in those vehicles, though it is advertised as using 12V DC.

For mobility, the Mifi or the Sprint Overdrive with 4G are better bets. The MBRN3300 allows more than five users to connect and includes ethernet, which the Mifi and Overdrive don’t, but sharing a 3G connection with more than five people is a pretty desperate move.