If you’re old enough to remember the days of getting on the Internet via dial-up, then you probably remember NetZero and their free access plans. (If you’re not old enough… get off my lawn.) The “price” of the free access came in the form of ads. They were annoying, sure, but you were getting the web for free.

Many Americans still use dial-up for access (including NetZero), but the majority moved on to broadband long ago. Now the company is set to make a comeback. NetZero is offering customers free 4G mobile broadband via inexpensive mobile hotspots and USB dongles.

The free ride only lasts a year, but after that customers can sign on to one of NetZero’s no contract/month-to-month plans that start at $9.95. 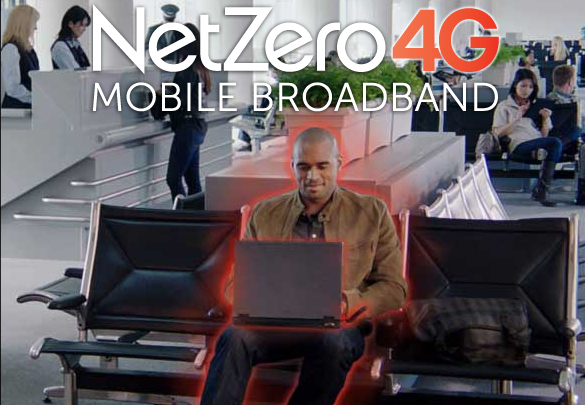 The devices use Clear’s WiMAX network, not the LTE networks employed by Verizon Wireless and now AT&T. While that means users won’t see blazing speeds, WiMax still offers respectable speeds in the areas it covers. Kevin Fitchard at GigaOM saw speeds of 2-3Mbps in motion and up to 10Mbps while in one location.

Unfortunately, Clear has no apparent intentions on expanding their existing coverage beyond the 70 cities now in the fold. So unless you live in one of these areas, the NetZero offer won’t do you any good. (Head to NetZero for the full, detailed coverage map.)

Unlike the free dial-up of old, the gratis mobile broadband has limits. Users get just 200MB/month before they’re cut off. That is not a lot. According to the Verizon Wireless data usage calculator, visiting 25 web pages a day will use approximately 750MB/month. If you stick to text-only emails you can do a lot more — 250/day is less than 75MB/month (again, approximately).

To help keep customers from using up their allotment too quickly, NetZero’s tools give them the option to throttle themselves.

That makes sense. Though public Wi-Fi is growing beyond saturated urban areas with free access available in Starbucks, Barnes & Noble, Panera Bread, McDonald’s and more, there are still areas where free access isn’t available. You always seem to end up there right when you need the Internet most.

Customers have their choice of two devices: a $50 USB dongle and a $100 mobile hotspot. While those prices aren’t exactly cheap, they’re less than you’d pay buying a device from Verizon, AT&T, Sprint, or T-Mobile. Still, even with free access, those devices are still a big hurdle for many. 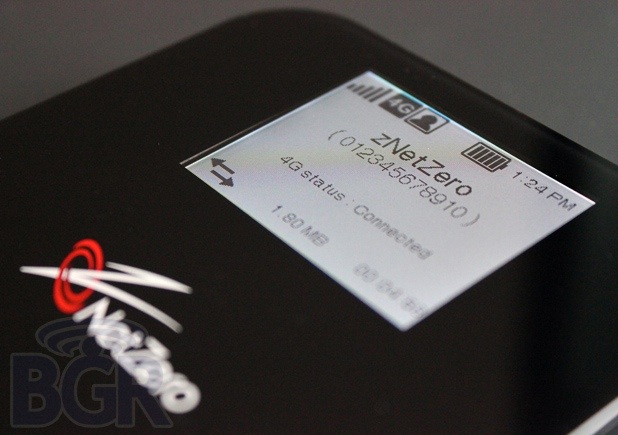 After the free year is up, NetZero offers the following month-to-month options.

While these might not offer the best per megabyte value, they do compare favorably to the options from the largest nationwide carriers.

If you want a 4G Verizon Wireless mobile hotspot on a month-to-month basis, you’ll have to pay $269.99 (Verizon Jetpack 4G LTE Mobile Hotspot MiFi 4510L); a USB dongle costs $249.99. If you sign up for a two-year contract you can get these devices for as little as $19.99 or free, but you’re locked in for two years. Plus, you only have two plan choices:

Sprint‘s Novatel MiFi mobile hotspot is $279.99 without a contract, but the carrier generously offers it for free if you sign up for two years. Sprint also offers a wider range of plans. To get pre-paid or month-to-month access you’ll have to visit a retail location.

Overall, if you’re going for the lowest prices possible because of budget restrictions, NetZero is the way to go even after the free year is up or if you just want to start at 1GB/month.

If you can stretch your budget a bit more, T-Mobile is a good choice thanks to slightly faster HSPA+ and wider national coverage. They don’t offer you a free year, though.

Would you sign up for NetZero’s free mobile broadband? Take out poll and tell us why or why not in the comments.