The new MacBook Pro was simultaneously announced and released yesterday. I got my hands on a the premium retail configuration and wrote up the first part of my MacBook Pro Review over at Notebooks.com. The MacBook Pro is a very nice computer, though far from perfect. 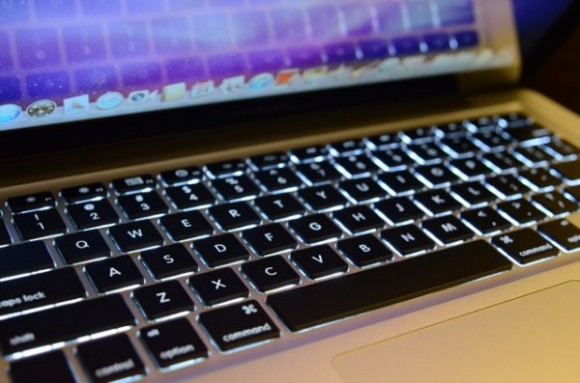 If you’re dead set on getting a new MacBook, the new 13″ MacBook Pro is a very nice machine and I can recommend it without hesitation, especially for those that need some extra horsepower to muscle through multimedia projects. If you liked last year’s MacBook Pro, you’ll love this year’s.

My 15″ MacBook Pro, which is fully loaded, has barely left my office since I bought the 13″ MacBook Air right after it was announced. It’s incredibly light at 2.6lbs and is much, much faster than its aged Core 2 Duo processor would lead you to believe.The only time I miss my 15″ MacBook Pro is when I’m out of the office is when I’m editing video with the MacBook Air, which can be extremely slow and painful. The 13″ is perhaps the best of both worlds, a happy medium of mobile OSX computing.

The MacBook Pro Review I’m writing is in multiple parts and covers the $1,499 13″ MacBook Pro. It’s the top of the line you’ll find in retail stores, including Best Buy. It comes with a 2.7GHz dual-core Intel Core i7 processor,  4GB of 1333MHz  DDR3 memor, a 500GB hard drive that spins too slow and Intel HD graphics (SandyBridge).

If you’re not highly mobile or are looking for a one-and only machine, the 13″ MacBook Pro is probably the sweet spot in Apple’s laptop lineup at the moment. While I love my 13″ MacBook Air, the small and expensive SSDs are deal-breakers for a lot of users. A lot of people will find that 128GB (standard on the 13″ MacBook Air) or even the 256GB SSDs are just too small for all of their multimedia files. I fall into that camp as I shoot thousands of photos per month and shoot quite a bit of video. I sync both my iPhone and my iPad to my 15″ MacBook Pro because I’m wary of my MacBook Air’s drive running out of space in the midst of a project or trip. 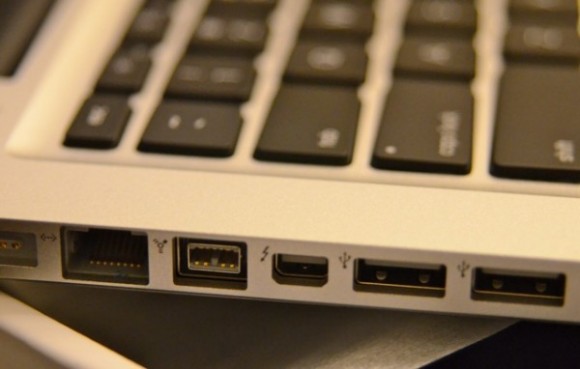 The new MacBook Pro is also host to the first Thunderbolt port, something that has a lot of potential and should make MacBooks easier to ‘dock’ with peripherals.

You can read my the first (lengthy) part of my MacBook Pro Review over at Notebooks.com.