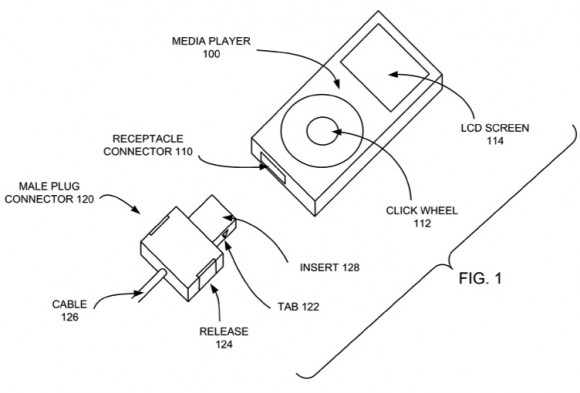 An Apple patent was recently discovered that reveals a new dock connector providing support for newer, faster transfer speeds through the use of USB 3.0, Display Port, and Thunderbolt technologies. Additionally, the dock connector, though supporting 30 pins, is smaller than what is currently available on the market today for the iPhone, iPod Touch, and iPad as the title of the Apple invention is “Reduced Size Multi-Pin Male Plug Connector.” 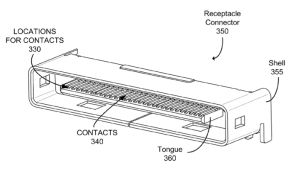 The patent application was filed a year ago at a time prior to Intel’s and Apple’s announcement of the Thunderbolt connection technology. Not to be confused for the HTC-made smartphone on Verizon Wireless with the same name, Intel’s Thunderbolt was first known by its Light Peak codename, which promises up to 10 Gbps transfer speeds on a connector that is the same as the Mini DisplayPort standard.

As the patent application was filed before the introduction of Thunderbolt, the application referenced USB 3.0, Display Port support in single and dual lanes, and also USB 2.0 support. It’s unclear if the new connector will be backward-compatible with existing devices or if future devices released with the new dock connector will be able to use existing cables on the market today. 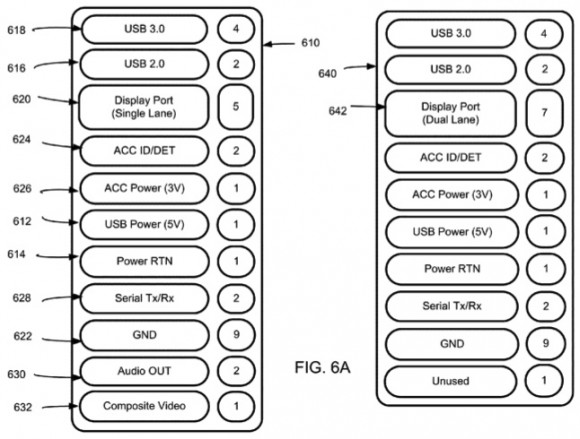 As device-makers, Apple included, are attempting to make the sleekest, slimmest, thinnest, and lightest devices the world has yet to see, the miniaturization of the dock connector may help Apple tackle the slim and thin market.