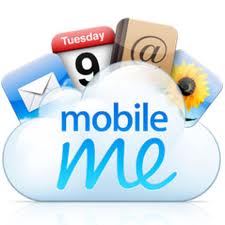 While Apple has long been rumored to be building out a solution to offer customers a digital locker and enhanced social features, including photo streaming, through a new MobileMe and iTunes feature, there is now an anticipated date for when the revamped cloud-based service will launch. At its shareholder meeting during a Q&A session, Apple told investors that the new cloud-based service will launch this Spring.

The company alluded that iTunes will be a major component of the upgrade, corroborating, perhaps, prior rumors that Apple would move its music service to the cloud and be less dependent on local flash memory for storage of purchased content from the music store. With the overhaul, Apple may allocate cloud-based virtual storage for users to store music and other content purchased from iTunes in the cloud in a digital locker, allowing users to access their digital purchases wirelessly. That way, for instance, songs purchased could be streamed to a user’s iPhone or iPad wherever there is a wireless connection whether it be over WiFi or over a 3G or even 4G mobile broadband connection.

In the recent past, chatter of the iTunes cloud-based solution was tied to a rumored cheaper, low-cost iPhone ‘Nano‘ device.

Additionally the MobileMe overhaul could introduce new social features that would incorporate Internet connectivity and geo-location capabilities found on Apple’s devices. The feature would allow Apple to remain competitive against social network heavyweights like Facebook and Foursquare by allowing users to check in to places, upload photos and leave reviews at various store locations, and also subscribe to friend’s photos, which will automatically get streamed to devices.

The Spring timing of the new online service would slot in nicely with the March 2nd iPad announcement, to which Apple has sent out media invitations to, and would go live just before Apple unveils its next-generation iPhone 5 if the company sticks to its historic schedule for releasing hardware updates to its flagship smartphone.

Another service could be full streaming TV shows and movies where users can stream purchased content. Apple has experimented with the streaming model for rentals on its refreshed Apple TV set top box, and the next step would be to store purchased videos in the cloud and allow that content to be streamed to any device with Internet connectivity.