Apple Watch battery life is something that many users are concerned about, but a new accessory that looks to be the first battery watch band for the Apple Watch aims to fix battery life issues by packing more juice into the wearable.

This is sort of the equivalent of an iPhone battery case, where it includes a battery of its own to charge the Apple Watch as you wear it, giving it more battery life than what would normally be the case. 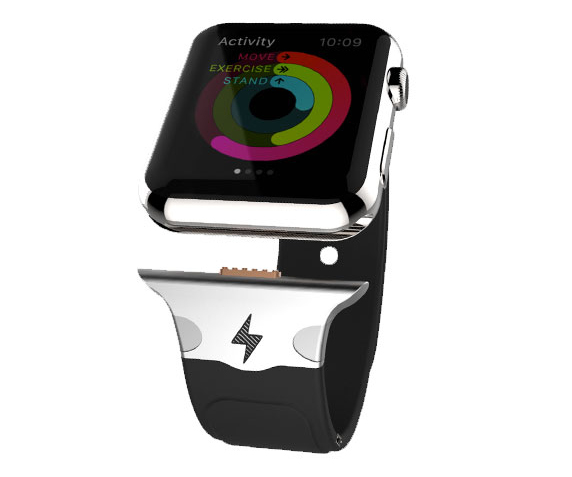 The makers of the Reserve Strap say that this new design will not only be a better design, but will charge the Apple Watch more efficiently:

By utilizing this port instead of wirelessly charging, we’ve been able to achieve a higher charge capacity and quicker, more efficient charging times while also improving durability and eliminating any interference with Apple Watch functionality including taptic feedback and heartrate sensors.”

The company believes that the watch band will be able to double the battery life of the Apple Watch and then some.

The Reserve Strap is already available for pre-order for a steep $249. The company doesn’t have a specific release date yet, but they hope to ship out orders at some point in the fall.

Apple CEO Tim Cook has stated in the past that users will end up charging the Apple Watch daily, but that really just depends on how often you’ll use it. The Apple Watch comes with a “power reserve” mode that allows the Apple Watch to continue displaying only the time on the screen, with no other activities going on.

Numerous things happening on the smartwatch can quickly drain the battery, like receiving notifications and navigating through apps on the device, but the ultra-low power mode will only show the time on the screen and nothing else, acting like a normal wristwatch, even when the battery level is really low. 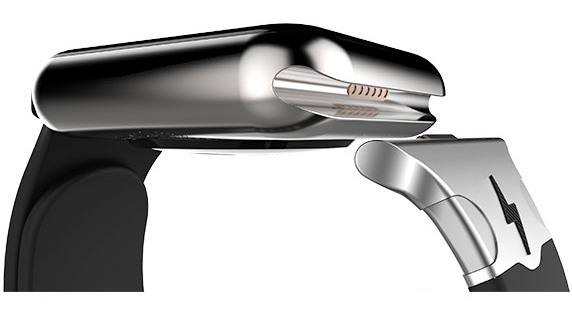 In any case, Cook says that users will probably need to charge the device every day based on how much you’ll use it, but you could probably get away with going a couple of days without having to recharge it if you don’t end up using it that often.

Still, this is about the same crappy battery life that most other smartwatches on the market are currently getting, and it seems that it’ll be difficult to go a full 24 hours without recharging the Apple Watch if you plan on using it frequently.

The Reserve Strap could ease concerns about Apple Watch battery life by giving it a bit of a boost when needed, which could be the perfect accessory for some users, but the price tag may have some users concerned.