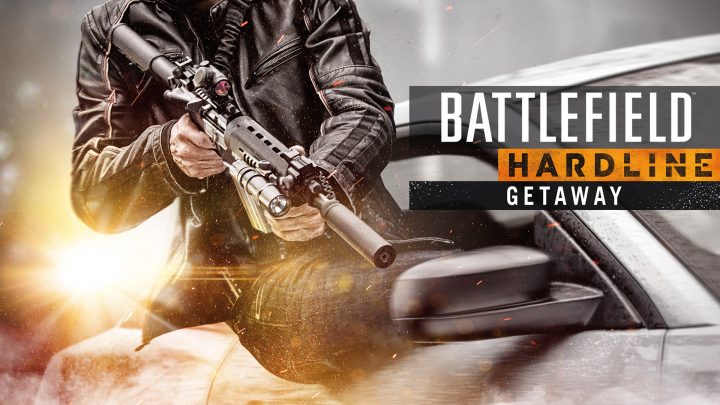 The Battlefield Hardline: Getaway takes the base game’s fictional War on Crime to new heights. Four new maps are coming with the content update. They are Pacific Highway, Double Cross, Train Dodge and Diversion. The blog post doesn’t provide a picture or description of each map, unfortunately. Joining these new maps is a single new game mode called Capture the Bag.

4 new vehicles are coming with Battlefield Hardline: Getaway. Also coming are 3 new weapons for the Mechanic Class of multiplayer characters and 4 new Legendary Camos. One of those new weapons has to be a red and yellow axe, which is pictured in the post. 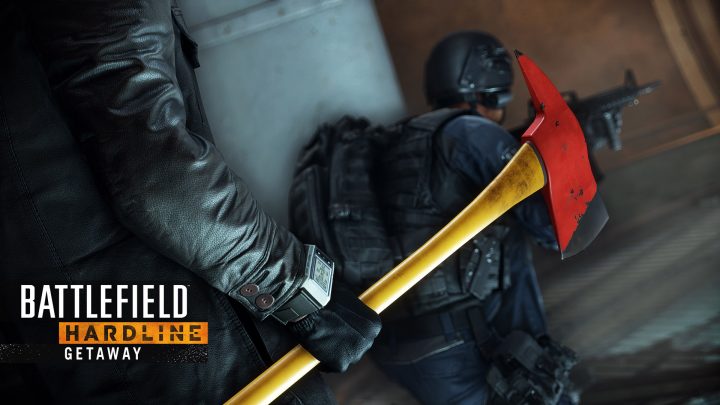 The entire Battlefield Hardline experience is set in Miami, Florida, during a drug war. Through some clever detective work and an endless string of gadgets, players figure out who is supplying drug dealers on the streets of Miami with guns and merchandise. Playing as a detective lets gamers flash their badge and de-escalate a situation or turn everyday citizens into another statistic. The choices that players make lead to different outcomes in the story.

Earlier this year, Electronic Arts added Battlefield Hardline to the list of games that users can rent for a low monthly or yearly price through its EA Access subscription service. $29.99 a year or $4.99 a month. The service also gives users access to any add-on content meant for the games that they download. EA Access is completely exclusive to Microsoft’s Xbox One.