Broadcom announced a new 4G LTE chip today that will help smartphone makers like Apple and Samsung deliver thinner smartphones that last longer and deliver better quality voice and possibly the ability to talk and surf at the same time on a Verizon iPhone.

This new Broadcom chip won’t arrive until 2014, so it’s not going to show up in the rumored iPhone 5S, but it could play a key role in the iPhone 6 or Samsung’s next generation Galaxy S smartphone.

Based on Apple’s choice for Broadcom in the recent iPhone versions, and to supply 5G WiFi chips to the company’s Mac lineup, it is very likely this small chip will appear in a future iPhone. If the iPhone 6 is destined for 2014, this could very easily be the chip that Apple picks for LTE support. 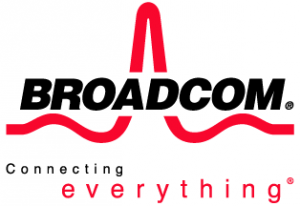 The Broadcom BCM21892 is 35 percent smaller than industry benchmarks, which will allow manufacturers to shrink the size of smartphones and tablets. The chip also uses 25 percent less power while transmitting data, which means smartphones can last longer, or slim down further with a smaller battery. While it may seem insignificant, smaller, power efficient chips helped Apple and Samsung slim down the iPhone 5 and Galaxy S3 in 2012.

In addition to providing more flexibility in design for manufacturers, the new chip supports VoLTE which offers the possibility of two very important features on smartphones next year. The power improvements are important as poor battery life was given as a reason for delayed VoLTE rollouts.

With VoLTE future smartphones, perhaps the iPhone 6, would be capable of supporting HD Voice, a standard that delivers better sounding phone calls.

That said, Verizon expects to have VoLTE up and running in 2014, just in time for phones with the Broadcom BCM21892.

Broadcom is focused on the LTE portion with this chip, adding support for, “all 3GPP standards technologies including 4G LTE-Advanced with carrier aggregation, HSPA+, TD-SCDMA and EDGE/GSM.” The chip can plays nice with WiFi and Bluetooth with, “wireless coexistence technology” that limits interference.

Broadcom is currently sampling the chip to partners, and expects to start production in 2014.