In a move that turns the traditional computing market on it’s head, Google is choosing the fifth anniversary of its Chrome Web Browser to announce a new development platform that will bring fully featured applications outside of it’s web browser.

Google detailed the new type of Chrome Apps in a blog post this morning. According to Google, unlike the Chrome applications that users have been able to download for some time, the new platform will allow users to create applications that are native to the desktop.

This new breed of Chrome App will allow users to work offline too and won’t need to be activated through the Google Chrome web browser like Chrome web apps. These new applications are available from the Google Chrome Web Store today for users with Chrome OS or Windows installed on their computers. The company says it’s planning a release for Mac & Linux sometime soon.

In addition to working offline, Google will allow users to interface with its platform to create applications that can do many of the things Mac, Windows and Linux applications that are natively installed do today. This includes connecting to Google Drive, triggering desktop notifications, the ability to assess Bluetooth functionality and connect to devices over USB. Just like applications for Android, these apps will update automatically and will actively save the user’s progress in real-time. 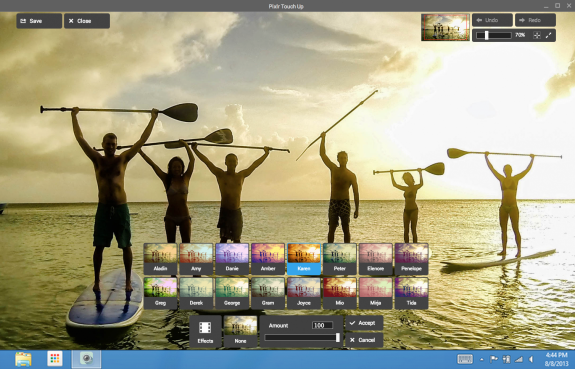 Each application will also behave independently of each other, so that users won’t have to worry about installing applications that could endanger their device.

The first batch of these applications are available today. They include, Pixlr Touch Up – a photo editing application, Wunderlist – a way for users to keep track of their tasks and Cracking Sands, a Mario Kart racing-style game that features Xbox 360 controller support.

With today’s announcement of native Chrome Apps, Google has fired its most potent shot at the operating systems of Apple and Microsoft yet. Since Chrome Apps are cross-platform, Google is hoping that widespread adoption of the app development model will make the app ecosystems of more established players in the industry moot.

If it succeeds, the long-term gains for its own Chrome OS operating system could be huge. With a large, cross-platform app ecosystem to call its own, Chrome OS would be in the best position to take down both Windows and Mac OS with casual users.