New Driveclub Videos Showcase PS4 In All Its Glory

It’s been a long wait for PS4 owners looking for a fast-paced complete racing simulation on Sony’s latest generation console. Thankfully, videos revealed today indicate that the dynamic weather system in Driveclub, will have been well worth the wait when the game arrives this October.

Sony’s PlayStation Blog revealed details about the new dynamic weather system coming to Driveclub earlier today in a blog post that also included some videos of the system in action. According to the post,Driveclub’s developers went pretty far in trying to make the weather system in the game just as dynamic as what users experience outdoors. The weather system simulates the atmosphere to make driving in the game feel just as it does in real-life.

Not only does Driveclub’s weather system have accurate lighting based on time of day and backdrop, it also has an atmosphere that interacts with weather conditions. So for example, if it’s snowing in the game, the wind speed effects things like rain, sleet and snow. 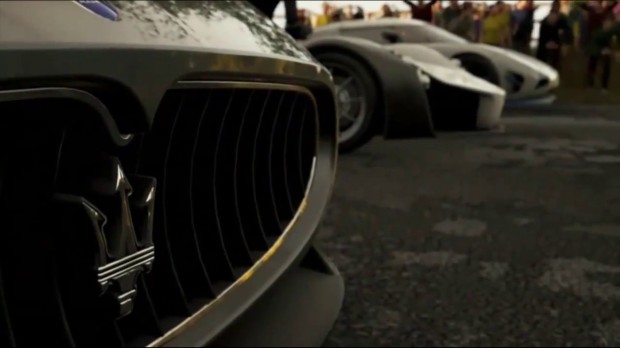 In addition to looking absolutely amazing. Driveclub weather system is completely user customizable. That wind speed is completely customizable so that players can create their own perfect racing conditions. Adjusting the cloud cover in the game directly affects precipitation levels, easily turning a rainstorm into a monsoon. The blog post also notes that players can customize the weather system in such a manner that it creates near white out conditions for a bit of added fun.

Users who do find a weather pattern that works best for them will be able to share them with other Driveclub players through challenges, though the blog post doesn’t go into much detail about how that part of the weather system will work.

Since Driveclub is a racing game, all of this adds up to more realistic driving conditions. Driveclub’s developer says that users should notice a big difference in how their car handles because of the dynamic weather system, saying “when your tires get wet it’s harder to brake and easier to drift, which has a big effect on how you race and score fame for your club.” Of course, users who program storms are going to have a difficult time seeing where they’re going too. The blog post specifically mentions that user should expect snowflakes to actually reflect the light coming from headlights.

We’ll have to wait to see how Driveclub’s weather simulation effects gameplay. That being said, we don’t have to wait to see just how good the game is going to look when these weather conditions are modified. The two videos posted to social network Instagram look absolutely amazing. In them you can clearly see each rain drop as they hit the car and rebound off the hood. There are also puddles in certain parts of the street – exactly like how it would be if there was a torrential downpour happening on the freeway.

Nailing the driving experience in Driveclub is absolutely crucial. Part of the reason the game is so important is because of how long users have waited for it. An initially gamers should have been able to pick up DriveClub for their console early this year. Around March Sony announced that the game had hit delays again. Currently Driveclub is scheduled to make its debut on the PS4 on October 7th.

Driveclub is also important because currently the PS4 doesn’t have a hardcore gaming simulation in the way that the Xbox One does. Microsoft’s console launched along with Forza 5 and the company intends to release an arcade driving version of Forza, entitled Forza Horizon later this year. If Sony wants to snag console buyers looking for a racing game this holiday season Driveclub will have to deliver.