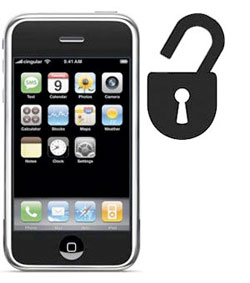 Screeeeech! That’s the sound of the wheels on Apple’s App Store and policy bus grinding to a sudden stop to check to see if they heard this right. According to the AP, new rules announced today by the US Government will allow the practice of Jailbreaking your iPhone so that unapproved apps can be installed. The rules also allow users to unlock their phones to switch carriers. Every three years the Library of Congress authorizes exemptions such as this to laws to ensure that the laws don’t inhibit non-infringing use of copyright. This is just breaking and I’m sure there will be much more on it all over the Internet very, very soon.

You can read the full press release below:

Librarian of Congress Announces DMCA Section 1201 Rules for
Exemptions Regarding Circumvention of Access-Control Technologies
Librarian of Congress James H. Billington today released the following statement:
Section 1201(a)(1) of the copyright law requires that every three years I am to determine whether there are any classes of works that will be subject to exemptions from the statute’s prohibition against circumvention of technology that effectively controls access to a copyrighted work. I make that determination at the conclusion of a rulemaking proceeding conducted by the Register of Copyrights, who makes a recommendation to me. Based on that proceeding and the Register’s recommendation, I am to determine whether the prohibition on circumvention of technological measures that control access to copyrighted works is causing or is likely to cause adverse effects on the ability of users of any particular classes of copyrighted works to make noninfringing uses of those works. The classes of works that I designated in the previous proceeding expire at the end of the current proceeding unless proponents of a class prove their case once again.
This is the fourth time that I have made such a determination. Today I have designated six classes of works. Persons who circumvent access controls in order to engage in noninfringing uses of works in these six classes will not be subject to the statutory prohibition against circumvention.
As I have noted at the conclusion of past proceedings, it is important to understand the purposes of this rulemaking, as stated in the law, and the role I have in it. This is not a broad evaluation of the successes or failures of the DMCA. The purpose of the proceeding is to determine whether current technologies that control access to copyrighted works are diminishing the ability of individuals to use works in lawful, noninfringing ways. The DMCA does not forbid the act of circumventing copy controls, and therefore this rulemaking proceeding is not about technologies that control copying. Nor is this rulemaking about the ability to make or distribute products or services used for purposes of circumventing access controls, which are governed by a different part of section 1201.
In this rulemaking, the Register of Copyrights received 19 initial submissions proposing 25 classes of works, many of them duplicative in subject matter, which the Register organized into 11 groups and published in a notice of proposed rulemaking seeking comments on the proposed classes. Fifty-six comments were submitted. Thirty-seven witnesses appeared during the four days of public hearings in Washington and in Palo Alto, California. Transcripts of the hearings, copies of all of the comments, and copies of other information received by the Register have been posted on the Copyright Office’s website.
The six classes of works are:
(1) Motion pictures on DVDs that are lawfully made and acquired and that are protected by the Content Scrambling System when circumvention is accomplished solely in order to accomplish the incorporation of short portions of motion pictures into new works for the purpose of criticism or comment, and where the person engaging in circumvention believes and has reasonable grounds for believing that circumvention is necessary to fulfill the purpose of the use in the following instances:
(i) Educational uses by college and university professors and by college and university film and media studies students;
(ii) Documentary filmmaking;
(iii) Noncommercial videos
(2) Computer programs that enable wireless telephone handsets to execute software applications, where circumvention is accomplished for the sole purpose of enabling interoperability of such applications, when they have been lawfully obtained, with computer programs on the telephone handset.
(3) Computer programs, in the form of firmware or software, that enable used wireless telephone handsets to connect to a wireless telecommunications network, when circumvention is initiated by the owner of the copy of the computer program solely in order to connect to a wireless telecommunications network and access to the network is authorized by the operator of the network.
(4) Video games accessible on personal computers and protected by technological protection measures that control access to lawfully obtained works, when circumvention is accomplished solely for the purpose of good faith testing for, investigating, or correcting security flaws or vulnerabilities, if:
(i) The information derived from the security testing is used primarily to promote the security of the owner or operator of a computer, computer system, or computer network; and
(ii) The information derived from the security testing is used or maintained in a manner that does not facilitate copyright infringement or a violation of applicable law.
(5) Computer programs protected by dongles that prevent access due to malfunction or damage and which are obsolete. A dongle shall be considered obsolete if it is no longer manufactured or if a replacement or repair is no longer reasonably available in the commercial marketplace; and
(6) Literary works distributed in ebook format when all existing ebook editions of the work (including digital text editions made available by authorized entities) contain access controls that prevent the enabling either of the book’s read-aloud function or of screen readers that render the text into a specialized format.
All of these classes of works find their origins in classes that I designated at the conclusion of the previous rulemaking proceeding, but some of the classes have changed due to differences in the facts and arguments presented in the current proceeding. For example, in the previous proceeding I designated a class that enable film and media studies professors to engage in the noninfringing activity of making compilations of film clips for classroom instruction. In the current proceeding, the record supported an expansion of that class to enable the incorporation of short portions of motion pictures into documentary films and noncommercial videos for the purpose of criticism or comment, when the person engaging in circumvention reasonably believes that it is necessary to fulfill that purpose. I agree with the Register that the record demonstrates that it is sometimes necessary to circumvent access controls on DVDs in order to make these kinds of fair uses of short portions of motion pictures.