Last week we reported the HTC One release date was ready to roll and should be revealed soon, and now we have the final details. HTC is looking to not only one-up the Samsung Galaxy S5, but also the iPhone by releasing its all new HTC One smartphone the same day it’s announced.

Smartphones usually get announced by its respective manufacturers and then hit the market at a later date, often more than 30 days after the initial announcement. While that makes sense to get everything in order, the hype and excitement has died down, and HTC doesn’t want to do that this year. They look to take advantage of that hype with a rapid release. 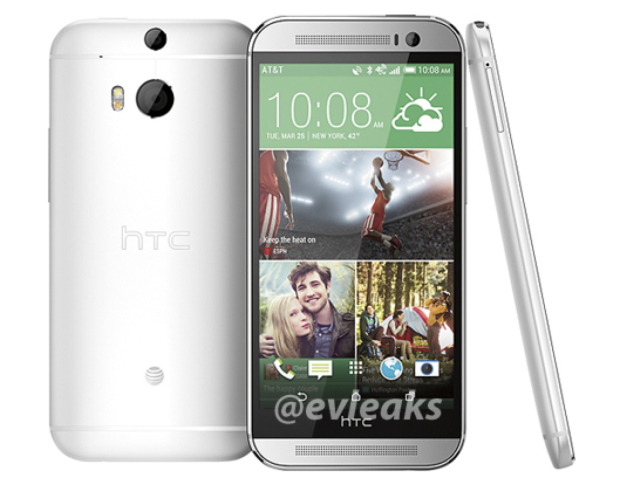 According to Carphone Warehouse the New HTC One (2014) model, codenamed the HTC M8, will actually be available to purchase online and in multiple retail stores just minutes after HTC makes it official on March 25th. Meaning you’ll be able to walk into select retailers and pick up the company’s latest flagship phone.

This marks a major change to previous releases for all smartphones, and that includes from HTC. In the past they’ve been know to take well over a month from announcement to release, and often over 2 months, but this year things will be different. So far there’s no exact details as to a U.S. release date, but we have a feeling a similar approach is planned.

Read: New HTC One: Everything You Need to Know

We haven’t received any additional details lately, but know everything about the phone already. The New HTC One will have a 5-inch 1080p display, a 2.3 GHz quad-core Snapdragon 801 processor with 2GB of RAM, 32GB of storage, a micro-SD slot, and a brand new Duo Camera with two cameras on the rear. HTC has added a lot of changes to this phone, but kept the overall sleek design, aluminum shell, and front facing speakers all from the previous generation.

It looks like at least six locations throughout the UK will have the HTC One on announcement day, and we should be hearing more from US carriers soon. We’ve already confirmed the HTC One will be available from AT&T, T-Mobile, Verizon, and Sprint, not to mention possibly launch on multiple regional carriers.

Leaks have shown a fully retail-ready Verizon and T-Mobile version in the wild, so it’s only a matter of time before US carriers start making official announcements, open pre-orders, and advertise the new HTC One. As a note, Samsung’s Galaxy S5 is set to be released in the US around the second week of April. HTC could beat them to the punch in 2014.