The HTC One X is just a few months old, but the company already looks ready to release a slightly upgraded version in the near future, possibly bringing it to T-Mobile in the U.S.

All rumors point to a Tegra 3 processor in the HTC One X+ is clocked at 1.7GHz, which is the fastest we’ve heard that processor clocked at.

The phone will also have a better battery, a new color, and bundled UrBeats headphones. 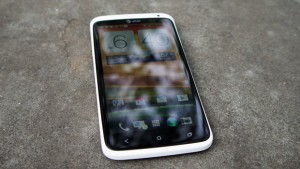 The HTC One X+ will also feature ClearVoice to make phone calls sound better. We don’t know much about the feature, but if it works it will be great for any user who actually talks on their smartphone.

HTC will also include HTC Watch 2 on the One X+. We don’t know much about this app either, though we assume it will add a few more feature not present in the current HTC Watch.

Stuff‘s source claims the HTC One X+ will hit UK stores on October 1 and cost £5 more per than the HTC One X. We don’t know much about the rumored T-Mobile release.

When the phone does come to T-Mobile, it will be the first HTC One phone in the U.S. to use the Tegra 3 processor. Smartphones on other U.S. carriers tend to use the dual-core Snapdragon S4 processor instead because the Tegra 3 lacks an on-chip 4G LTE modem which the S4 has. The S4 performs jut as well as the Tegra 3 in most use cases, however.