Apple’s Activation Lock feature first introduced in iOS 7 prevents thieves from using your stolen iPhone or iPad as their own, but a new trick has been discovered that allows users to bypass the iOS 8 Activation Lock.

A random glitch discovered in iOS 8 allows you to bypass the iCloud Activation Lock process and reach the home screen from a locked device running any version of iOS 8.1.

Activation Lock is a feature to that keeps thieves from actually using your iPhone as their own when they go to reset it, and it requires the original owner’s Apple ID username and password to reactivate the device after being remotely erased/wiped by the owner through Apple’s Find my iPhone service.

However, a recent video shows that there’s a bypass that allows you to skip the above step and go straight to the home screen. Here’s how it’s done.

Reboot the device by shutting it down and turning it back on. You’ll be greeted with the iOS Setup Assistant. When you get to the screen that has you select a WiFi network, click on the Home button and then tap on More WiFi Settings. Next, tap on the “i” next to a WiFi network and select Manual in the “HTTP Proxy” section.

Here’s where it gets strange, but you’ll want to add 30 random emoji icons in the “Server” text box and then type 8888 in the “Port” text box. After that, tap Back and then Next.

Now, you’ll want to continue to slide to unlock and click the language options for a solid few minutes (watch the video above to watch it in action). Eventually, you’ll boot into the home screen.

Once you have access to the home screen, you have access to three applications: Phone, FaceTime, and Newsstand. An important thing to remember is that you’ll need to perform a hard restart every time you open and close out of an app. You can do this by holding down the power button and the Home button at the same time until the iPhone’s screen goes dark.

Now, this trick is really only useful to find the rightful owner of a lost iPhone that you found, so you can open up the FaceTime app hopefully find the email address of the owner If you can’t find the email here, restart the iPhone and go through the bypass process again, only this time, open up the Phone application to see if the owner’s phone number is listed. 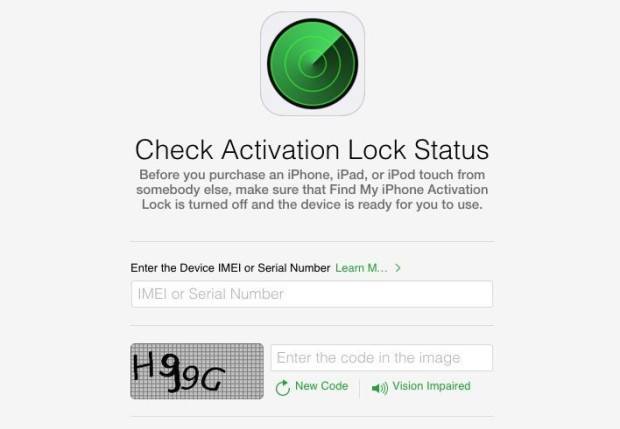 Obviously, this trick isn’t very useful if you find a stolen iPhone and want to use it as your own iPhone, but it’s especially useful in order to find the rightful owner of a lost iPhone that you found.

When you buy an iPhone on eBay or Craigslist, you never know if the device was stolen or not until you find out that you can’t activate it with your own Apple ID account because it’s already associated with the original owner’s account.

Apple’s Activation Lock lookup tool aims to help in this sense, and allows buyers to see if an iPhone they’re about to buy still has Activation Lock enabled or not. If it does, then it’s safe to say that it was stolen.